Using real-life examples from the banking and insurance industries, Quantitative Operational Risk Models details how internal data can be improved based on external information of various kinds. Using a simple and intuitive methodology based on classical transformation methods, the book includes real-life examples of the combination of internal data and external information.

A guideline for practitioners, the book begins with the basics of managing operational risk data to more sophisticated and recent tools needed to quantify the capital requirements imposed by operational risk. The book then covers statistical theory prerequisites, and explains how to implement the new density estimation methods for analyzing the loss distribution in operational risk for banks and insurance companies. In addition, it provides:

Measuring operational risk requires the knowledge of the quantitative tools and the comprehension of insurance activities in a very broad sense, both technical and commercial. Presenting a nonparametric approach to modeling operational risk data, Quantitative Operational Risk Models offers a practical perspective that combines statistical analysis and management orientations.

Catalina Bolance has been Associate Professor of Quantitative Methods for Economics and Management Science of the Department of Econometrics at University of Barcelona since 2001. She received a PhD in Economics, an M.A. in Marketing, and a B.Sc. in Statistics at the University of Barcelona. She is currently member of the research group Risk in Finance and Insurance and is a specialist in applied nonparametric methods. She has coauthored several undergraduate books on applied statistics that are widely used in Spanish universities and has also published in high-quality scientific journals like Insurance: Mathematics and Economics, Statistics, and Astin Bulletinâ€”The Journal of the International Actuarial Association, the journal of the International Actuarial Association. She has supervised many Masterâ€™s and Ph.D. theses with an outstanding tutoring record. Since 2010 she has participated in a project of the London School of Economics on long-term care insurance sponsored by the AXA research fund. In 2004 she received the insurance international prize awarded by MAPFRE.

Jim Gustafsson has been Head of Nordic Quantitative Advisory Services at Ernst & Young since 2011. He has 10 years of business experience in the insurance and consultancy sector, where he was an employee for several years in the insurance Group RSA with positions such as Actuary, Operational Risk Specialist, Head of Research, and Enterprise Risk Control Director. He received a B.Sc. in Mathematical Statistics in 2004, an M.Sc. in Mathematics in 2005 from Lund University, and a Ph.D. degree in Actuarial Science from the University of Copenhagen in 2009. He is author of over a dozen published articles on actuarial statistics and operational risk quantification, and was awarded for the "Best academic Paper" by the Operational Risk and Compliance Magazine in 2007. He was recognized as a "Top 50" Face of Operational Risk by Operational Risk and ComplianceMagazine in 2009; this award acknowledges the contribution that the recipient has made, and continues to make, to the discipline of operational risk. He is a sought-after speaker in Risk Management and Actuarial conferences and a member of the Editorial Board for the international journal Insurance Markets and Companies: Analyses and Actuarial Computations.

Jens Perch Nielsen has been Professor of Actuarial Statistics at Cass Business School in London and CEO of the Denmark based knowledge company Festina Lente. He has a history of combining high academic standards with the immediate practical needs of the insurance industry. Through his company he has managed projects on operational risk, reserving, capital allocation, and risk-adjusted cross-selling methods in non-life-insurance, and he has academic publications in all these areas. In life and pension insurance he has conducted professional work on product development, asset allocation, longevity models and econometric projections and on bread and butter type actuarial day-to-day work. His Ph.D. from UC-Berkeley was in Biostatistics and he is still working on his original topic of general nonparametric smoothing techniques in regression, density and hazard estimation.

"â€¦ a very useful addition to the literature on Operational Financial Risk and I would recommend it to practitioners."
â€”Alan Penman, Annals of Actuarial Science, Vol. 7, March 2013 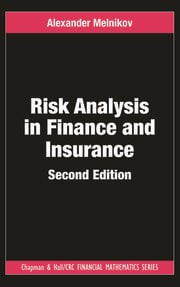 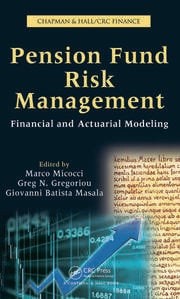 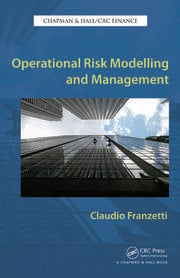