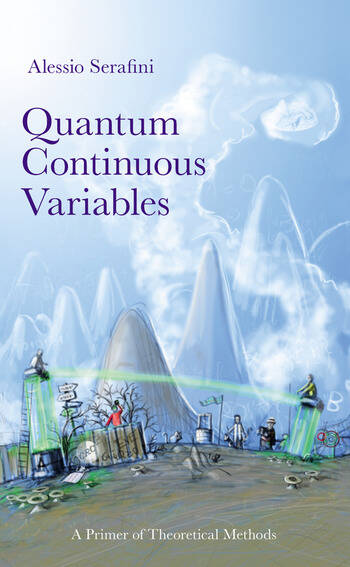 Quantum Continuous Variables introduces the theory of continuous variable quantum systems, from its foundations based on the framework of Gaussian states to modern developments, including its applications to quantum information and forthcoming quantum technologies. This new book addresses the theory of Gaussian states, operations, and dynamics in great depth and breadth, through a novel approach that embraces both the Hilbert space and phase descriptions.

The volume includes coverage of entanglement theory and quantum information protocols, and their connection with relevant experimental set-ups. General techniques for non-Gaussian manipulations also emerge as the treatment unfolds, and are demonstrated with specific case studies.

This book will be of interest to graduate students looking to familiarise themselves with the field, in addition to experienced researchers eager to enhance their understanding of its theoretical methods. It will also appeal to experimentalists searching for a rigorous but accessible treatment of the theory in the area.

Quantum Mechanics: instructions for use

A note on fermions

Some notable facts about the symplectic group

Alessio Serafini earned his PhD from the University of Salerno. He is currently a Reader at University College London. His research focuses mainly on quantum optics, quantum information with continuous variables, and the theory of quantum control.

"The book is well written. It consists of several problems which are frequently encountered by researchers. Endnotes after each chapter and appendices gives better clarity. The book has given an accessible and self contained introduction to quantum information theory of continuous variable as well as its applications."
—Ritabrata Sengupta in Zentralblatt MATH July 2018

"There are many research projects these days about possible applications of quantum theory in information technology (quantum computers), optics, and other areas. This book…presents the theory of continuous variable quantum systems based on the theory of Gaussian states (including operations, dynamics, Hilbert space, phase descriptions, the Gaussian additivity conjecture, entanglement theory, and non-Gaussian manipulations), and shows its applications to experimental platforms, entanglement generation, quantum teleportation, classical channel capacities, quantum metrology, quantum key distribution, and other quantum information and quantum technologies. The idea is to explain the physics subjects using a unifying mathematical approach, but without too many mathematical details. This book is a graduate-level textbook, with 5 parts containing 9 chapters and 70 problems and their solutions…This good book is recommended for mathematicians, physicists, philosophers of physics, researchers, and advanced students in mathematics and physics, as well as readers with interest in applications and experiments in this field."
—Michael M. Dediu in Mathematical Reviews June 2018

"For many years, I have been hoping for a textbook that would systematically and pedagogically cover the topic of Gaussian states and channels in quantum information. This research topic has been one of the core topics in quantum information, given that experimental physicists can prepare such quantum states in the laboratory and many relevant communication channels are described by the Gaussian formalism. Dr. Serafini has masterfully assembled such a textbook, drawing on a wealth of experience from teaching the topic to diverse audiences. I deeply appreciate the many detailed derivations in Dr. Serafini's textbook, along with his accompanying intuitive explanations. For the past few months, I have found myself continually accessing Dr. Serafini's textbook to recall the fundamentals and finer points of Gaussian quantum information, and I will certainly be recommending his textbook to colleagues and students who are yearning to understand this topic."
—Mark M. Wilde, Department of Physics and Astronomy, Center for Computation and Technology, Louisiana State University

"This book provides a comprehensive introduction to the world of systems with quantum continuous variables, exploring a variety of topics from their foundations to applications. The applications section contains methods of quantum continuous-time monitoring, feedback control, teleportation, secure communication, metrology, and key distribution, which all play fundamental roles in quantum information science. These methods are described in a manner that allows the reader to understand their far-reaching technological and scientific impacts, and – at the same time – the reader can learn how these systems can be physically implemented, such as in the last chapter entitled ‘A grand tour of continuous variable platforms’, which describes ion traps, cold atoms, and opto-mechanics. A notable feature of this book is that Gaussian systems are examined thoroughly, enabling the reader to conduct straightforward calculations and obtain analytic results. Another strength is that a wealth of exercise problems are provided, together with detailed answers. This is a well-organized introduction to cutting-edge quantum information science and can also be used as a textbook to deepen understanding of quantum mechanics. I would definitely recommend this book to students, in addition to researchers who are interested in quantum physics and quantum information science."
—Naoki Yamamoto, Department of Applied Physics and Physico-Informatics, Keio University

"This is a book I would have liked to have written myself. In fact quite some years ago, together with colleagues, we tried. But writing a book, and especially writing it well, is an enormous task and in the end we failed to come anywhere near completion. But I always felt that there was a need for a book on continuous variables which are so important in quantum information science and especially quantum communication. Hence, I am all the more delighted to see that Alessio Serafini showed more resolve than we did then and wrote such an excellent textbook on continuous variable physics that is bringing together all the most important concepts and technical tools of this area. Finally I can stop handing out our half-written book to my students and postdocs and just give them Quantum Continuous Variables which, I am sure, will become the standard reference on the topic."
—Martin B Plenio, Director of the Institute of Theoretical Physics, Ulm University

"This is a much needed textbook covering an exciting field of research which is attracting attention from many scientists in mathematics and physics. The book goes through the basics in a rigorous yet easy to follow fashion, and covers even the latest developments in quantum information theory with continuous variable systems. I particularly like the part about Gaussian channels, containing new elegant proofs of seminal results which are very hard to track elsewhere. The book also includes a gallery of physical realizations of Gaussian states and operations in different quantum technology platforms. In general, the author writes in a compelling style which will no doubt result in a highly popular and accessible textbook. I have been awaiting such a book for at least ten years, and will eagerly recommend it to all my current and future students!"
—Gerardo Adesso, Professor of Mathematical Physics, The University of Nottingham 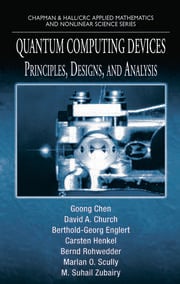 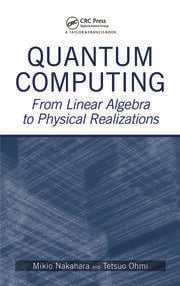 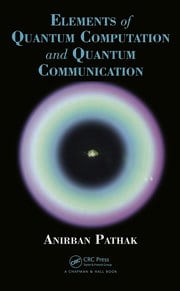