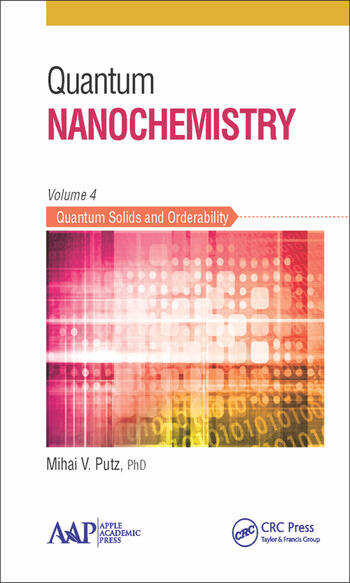 Volume 4 of the 5-volume Quantum Nanochemistry covers quantum (physical) chemical theory of solids and orderability and addresses the electronic order problems in the solid state viewed as a huge molecule in special quantum states, including also the bondonic treatment of the graphene nano-ribbons, along basic crystallographic principles, from geometrical-, to chemical- to physical- (x-ray) crystallography with featured examples, and energetic correlating symmetry discussion on orderability in nanochemical compounds.

Mihai V. Putz, PhD is a laureate in physics (1997), with an MS degree in spectroscopy (1999), and PhD degree in chemistry (2002), with many post-doctorate stages: in chemistry (2002-2003) and in physics (2004, 2010, 2011) at the University of Calabria, Italy, and Free University of Berlin, Germany, respectively. He is currently associate professor of theoretical and computational physical chemistry at West University of Timisoara, Romania. He has made valuable contributions in computational, quantum, and physical chemistry through seminal works that appeared in many international journals. He actively promoted a new method of defining electronegativity, DFE (Density Functional Electronegativity), among new enzyme kinetics (Logistic Enzyme Kinetics), a new formalization of the structure-activity relationship (SPECTRAL-SAR) model, and recently the bondonic quasi-particle theory of the chemical bonding first application on nanosystems as graphene, all seeking for a unitary quantum approach of the chemical structure and reactivity targeting the bio-, pharmaco-, and ecological analytical description. He is editor-in-chief of the International Journal of Chemical Modelling and the International Journal of Environmental Sciences. He is member of many professional societies and has received several national and international awards from the Romanian National Authority of Scientific Research (2008), the German Academic Exchange Service DAAD (2000, 2004, 2011), and the Center of International Cooperation of Free University Berlin (2010). He is the leader of the Laboratory of Computational and Structural Physical Chemistry for Nanosciences and QSAR at Biology-Chemistry Department of West University of Timisoara, Romania, where he conducts research in the fundamental and applicative fields of quantum physical-chemistry and QSAR. In 2010 Mihai V. Putz was declared through a national competition the Best Researcher of Romania, while in 2013 he was recognized among the first Dr. Habil. in Chemistry in Romania. In 2013 he was appointed scientific director of the newly founded Laboratory of Structural and Computational Physical Chemistry for Nanosciencs and QSAR in his alma mater of West University of Timisoara, while from 2014, he was recognized by the Romanian Ministry of Research as principal investigator of the first degree, and also becoming full member of the International Academy of Mathematical Chemistry.

"Offers a major survey of quantum theory of solids and crystallographic properties, which is based on Prof. Putz's comprehensive expertise of these topics, cultivated in many years of original scientific research and successful teaching experiences at West University of Timisoara. … Every section of the book has been enriched with interesting examples; I strongly recommend the volume to anyone searching for an updated and complete overview of quantum nanochemistry of solids." 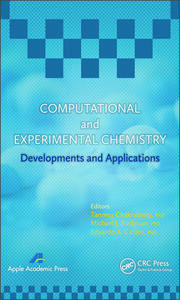 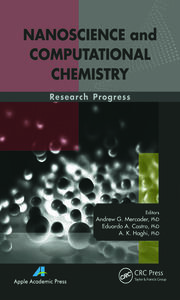 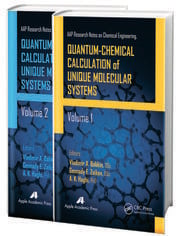