Quests
Design, Theory, and History in Games and Narratives 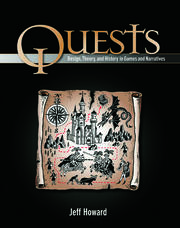 Quests: Design, Theory, and History in Games and Narratives

This unique take on quests, incorporating literary and digital theory, provides an excellent resource for game developers. Focused on both the theory and practice of the four main aspects of quests (spaces, objects, actors, and challenges) each theoretical section is followed by a practical section that contains exercises using the Neverwinter Nights Aurora Toolset.

Howard has created a Syllabus, designed for a college-level course, that instructors can use and modify as desired. 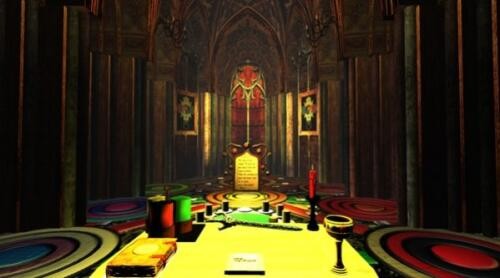 Certain scholars like Jeff Howard ... and Matt Barton ... have written rich, analytical, and well-annotated books on the subject, and I will use both in my course.
—Michael Abbott, Brainy Gamer, April 2008

It's an unusual book, but an illuminating one within these areas.
—Clay Spinuzzi, May 2008

Quests is an excellent tool ... for teaching games, media, writing, or other areas that include theory and application. ... Quests would also be an excellent choice as a supplemental text for more advanced classes, helping graduate students or faculty connect their research areas to new ways to represent, research, and teach using games.
—Gameology, February 2008

Quests is an incisive and highly accessible book that leads the reader on an exploration of literature, computer games, and a connection between them.
—grand TEXT auto, February 2008

Quests: Design, Theory, and History in Games and Narrative is an exploration of ... quests in both literary and gaming contexts, comparing and contrasting their appearances in each medium and striving to bring the two worlds closer together by imbuing game quests with more meaning. ... I look forward to the dialog his book will inspire. He would have us re-examine the game quest in terms of the narrative quest, and apply those lessons to gaming. The book is well worth a read, both as a lesson plan for making the activity of questing more meaningful, as well as a first step towards giving games that rely heavily on quests—especially MMOS—more meaningful goals.
—Michael Fiegel, Slashdot, September 2008

You might be surprised as to the breadth of material covered by the book, and indeed just how much needs to be covered in order to comprehensively understand [quests]. ... For me, this book is an invaluable resource, as it poses many questions that I haven't considered, and then continues to answer them.
—Steve Vink, The Game Creators Newsletter, October 2008