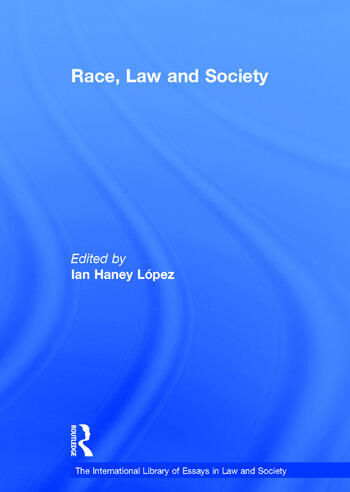 Race, Law and Society draws together some of the very best writing on race and racism from the law and society tradition, yet it is not intended to merely reprint the greatest hits of the past. Instead, from its introduction to its selection of articles, this anthology is designed as a 'how-to manual', a guide for scholars and students seeking templates for their own work in this important but also tricky area. Race, Law and Society pulls together leading exemplars of the sorts of social science scholarship on race, society and law that will be essential to racial progress as the world begins to travel the twenty-first century.

Ian Haney LÃ³pez is Professor of Law at the University of California, Berkeley, where he teaches in the areas of race and constitutional law.