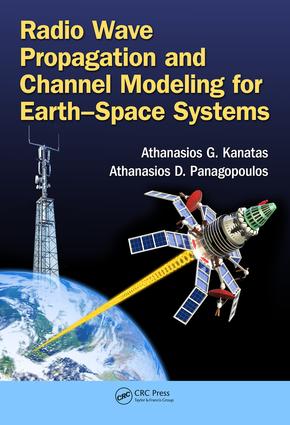 The accurate design of earth–space systems requires a comprehensive understanding of the various propagation media and phenomena that differ depending on frequencies and types of applications. The choice of the relevant channel models is crucial in the design process and constitutes a key step in performance evaluation and testing of earth–space systems. The subject of this book is built around the two characteristic cases of satellite systems: fixed satellites and mobile satellite systems.

Radio Wave Propagation and Channel Modeling for Earth–Space Systems discusses the state of the art in channel modeling and characterization of next-generation fixed multiple-antennas and mobile satellite systems, as well as propagation phenomena and fade mitigation techniques. The frequencies of interest range from 100 MHz to 100 GHz (from VHF to W band), whereas the use of optical free-space communications is envisaged.

Impact of Clouds from Ka Band to Optical Frequencies

Athanasios G. Kanatas is a professor at the Department of Digital Systems and Dean of the School of Information and Communication Technologies at the University of Piraeus, Greece. He earned his diploma in electrical engineering from the National Technical University of Athens (NTUA), Greece, in 1991, MSc in satellite communication engineering from the University of Surrey, Surrey, UK, in 1992, and PhD in mobile satellite communications from NTUA, Greece, in February 1997. Dr. Kanatas has published more than 130 papers in international journals and international conference proceedings. Dr. Kanatas has been a senior member of the IEEE since 2002.