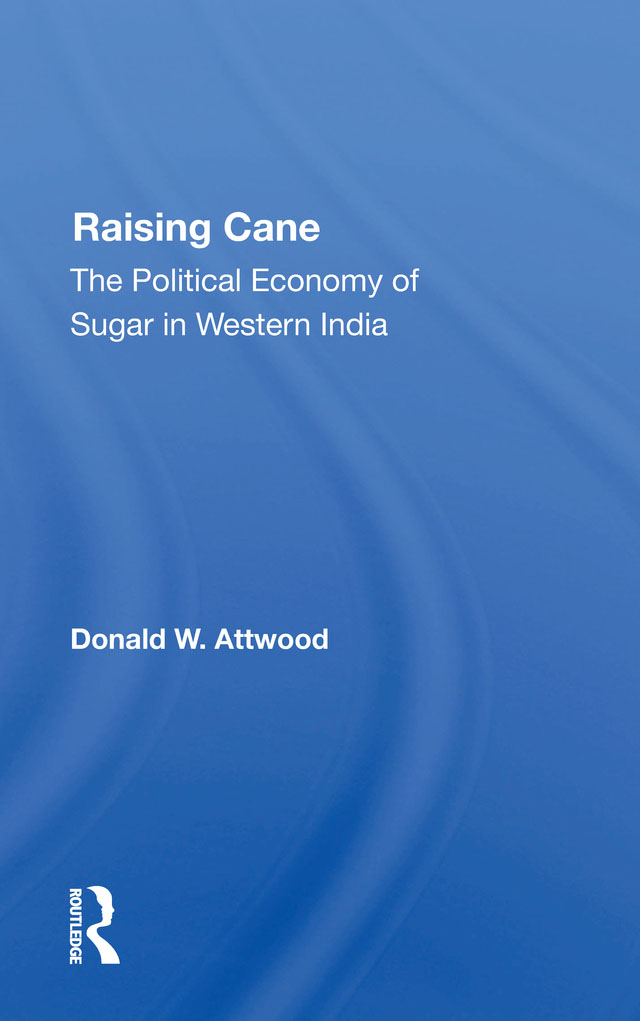 The Political Economy Of Sugar In Western India, 1st Edition

Like any book, this one is part of a dialogue. Over the years, I have asked thousands of questions, of myself and others, and tried to answer some. Out of all this discussion, a written pattern has grown. It is certainly not a definitive pattern. Among those whose words have been woven into it, there are many who might have fashioned it better. There are some who would have selected different colors and textures, or who might have preferred a totally different pattern. I am conscious of their voices and wish that I could adequately present them all. First and foremost are the voices of farmers and other villagers, whose experiences I have tried to understand and represent. A few of them will read this book and decide whether I learned anything from all their patient answers. If they were so inclined, they could tell more about the subject than I ever can.

List of Tables and Figures Acknowledgements -- PART ONE INTRODUCTION -- 1. The Problem -- 2. The Setting -- PART TWO SUGAR PRODUCTION BEFORE INDEPENDENCE -- 3. Irrigation and Imperialism -- 4. Peasants Versus Capitalists -- PART THREE MALEGAON VILLAGE, 1900-1950 -- 5. Old Elites and New Entrepreneurs -- 6. Migration and Economic Mobility -- 7. The Pattern of Inequality and Mobility -- PART FOUR COOPERATIVE SUGAR, 1950-1985 -- 8. The Politics of Sugar -- 9. Performance and Impact of a Sugar Co-op -- 10. Why Do Some Cooperatives Work? -- PART FIVE CONCLUSION -- 11. Revolution from the Middle -- Appendix on Methods -- Glossary -- Bibliography -- About the Book and Author -- Index.

Donald W. Attwood first visited India in 1966, a time of agricultural crisis and general pessimism concerning the country's future. After a quarter-century of observation (including five years living in India and Nepal), he is impressed by changes that have occurred since the 1960s. In 1969 he began studying the cooperative sugar factories in western India, and he has continued working on this subject ever since. Author of numerous articles and co-editor of several books, Attwood is now completing a two-volume report on cooperatives and rural development in India—the result of a team research project organized with B. S. Baviskar, his Indian mentor and colleague. He has also started research on enterprising peasants and local organizations in Costa Rica. Educated at the University of California-Berkeley, the University of Chicago, and McGill University in Montreal, where he is now an associate professor of anthropology, Attwood received his first lessons in irrigation, cooperation, and much else at Deep Springs College in California.