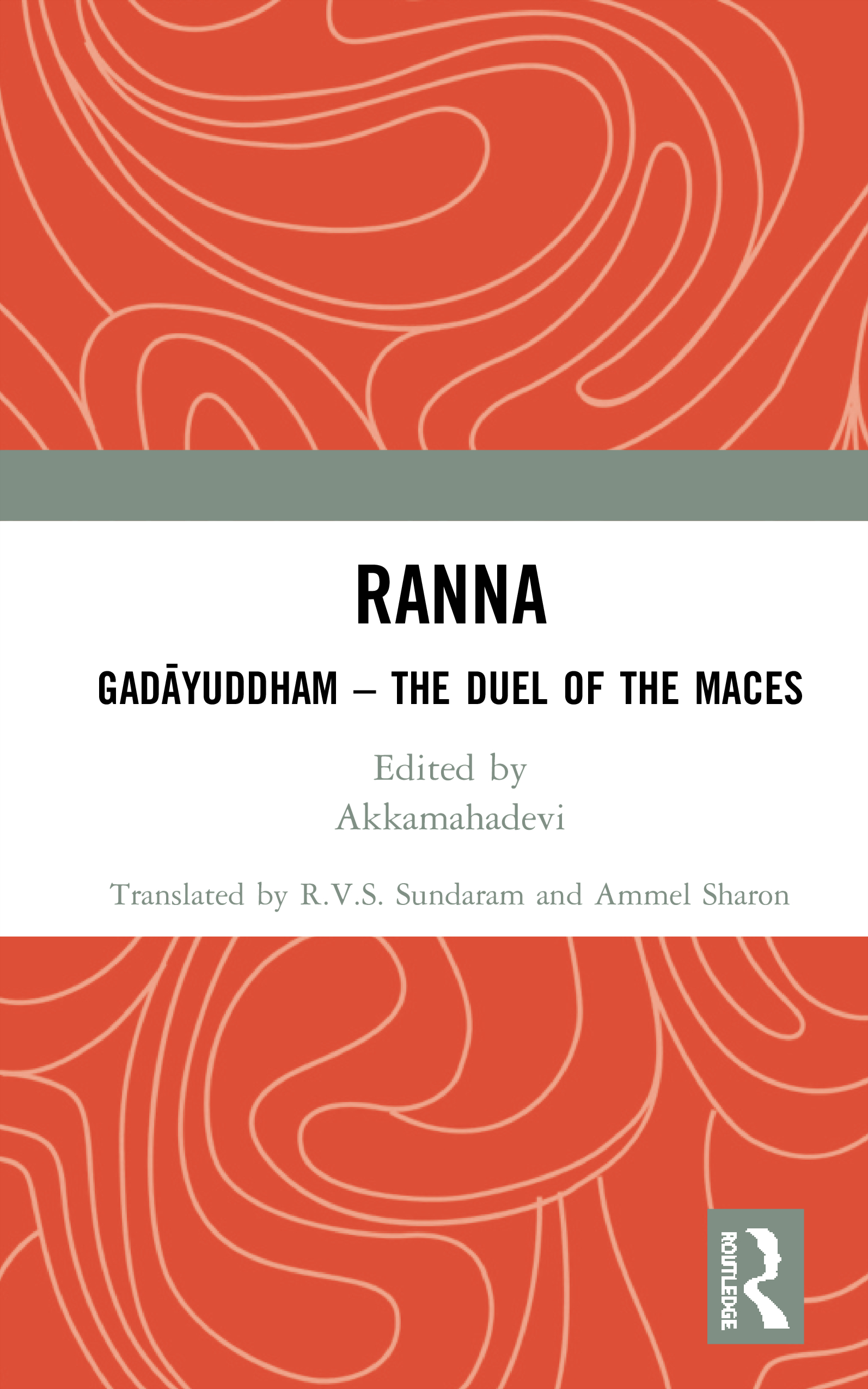 Gadāyuddham – The Duel of the Maces, 1st Edition

The Gadāyuddham (The Duel of the Maces) is a kāvya (poetry) composed in classical Kannada literary style at the turn of the eleventh century. It is written in campū, a genre that developed in the tenth century as a mixture of poetry and prose. Ranna’s poem is remarkably dramatic in nature and is a meditation on the cost of war. Crisp dialogue, body gestures and imagery fill the poem. It is as if the poet were giving us directions for a play.

Ranna employs ‘flashbacks’, a technique called simhāvalōkana, that is, a lion turning casually to glance behind him. Ranna builds up to the duel through characters recalling episodes of injury or through lamentation. The duel occupies only a short space in the eighth canto, but Ranna takes this time to fill in past episodes and reflect on the impact of war. This thousand-year-old poem will interest scholars as well as lay readers.

Ammel Sharon holds an M.Phil. degree from the Centre for Studies in Social Sciences, Kolkata.

Akkamahadevi was Assistant Professor of Kannada at the University of Mysore. She holds M.Phil. degree in translation and a PhD degree in South Indian Studies.