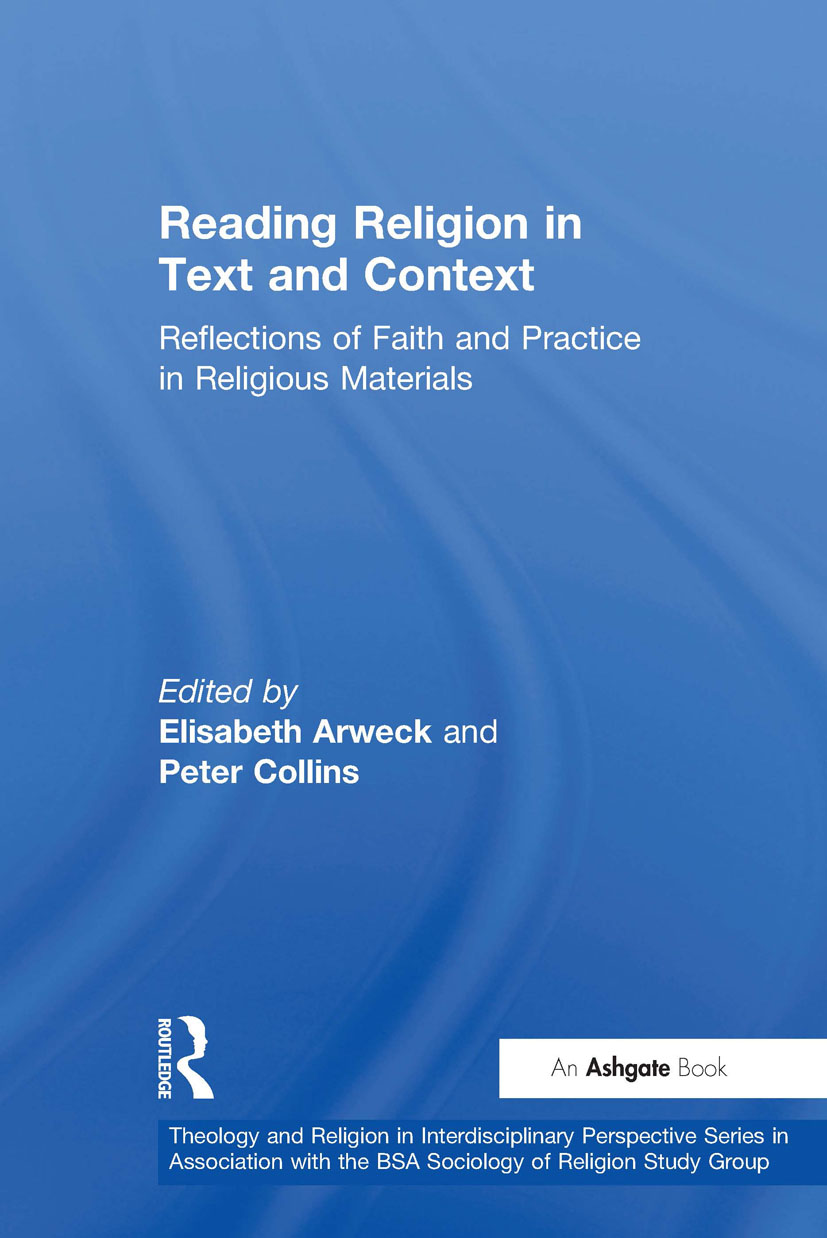 Reading Religion in Text and Context

Reflections of Faith and Practice in Religious Materials, 1st Edition

To what extent is religion inherently textual? What might the term 'textual' mean in relation to religious faith and practice? These are the two key questions addressed by the eleven thought-provoking essays collected in this volume. Accounts of the content and structure of sacred texts are commonplace. The rather more adventurous aim of this book is to disclose (within the context of religion) the various ways in which meaning can be read of more or less obviously sacred writing and from discourses such as the body, the built and natural environment, drama and ritual.

'Rooted firmly in the conviction that 'reading' religion ought not to be restricted to familiar modes of literary scrutiny, this volume embraces an explicitly inclusive conception of textual analysis in assembling a number of original essays on an intriguing and diverse range of topics. It is, as its editors intend, a coherent collection of empirical articles on an important theoretical theme and should prove to be a valuable scholarly resource for many varieties of the academic study of religion.' Professor Roger O'Toole, University of Toronto at Scarborough, Canada.

Elisabeth Arweck is Senior Research Fellow at the Institute of Education, University of Warwick, UK. She is Editor (with Peter Clarke) of the Journal of Contemporary Religion and has published Researching New Religious Movements: Responses and Redefinitions (2006), Theorizing Faith: The Insider/Outsider Problem in the Study of Ritual (2002) with Martin Stringer, and New Religious Movements in Western Europe: An Annotated Bibliography (1997) with Peter Clarke. Peter Collins is Lecturer in Anthropology at Durham University, UK. His recent publications include Religion, Identity and Change: Perspectives on Global Transformations (2004), and Locating the Field: Space, Place and Context in Anthropology (2006), both with Simon Coleman.