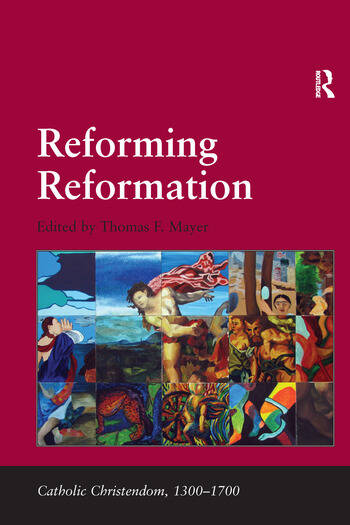 The Reformation used to be singular: a unique event that happened within a tidily circumscribed period of time, in a tightly constrained area and largely because of a single individual. Few students of early modern Europe would now accept this view. Offering a broad overview of current scholarly thinking, this collection undertakes a fundamental rethinking of the many and varied meanings of the term concept and label 'reformation', particularly with regard to the Catholic Church. Accepting the idea of the Reformation as a process or set of processes that cropped up just about anywhere Europeans might be found, the volume explores the consequences of this through an interdisciplinary approach, with contributions from literature, art history, theology and history. By examining a single topic from multiple interdisciplinary perspectives, the volume avoids inadvertently reinforcing disciplinary logic, a common result of the way knowledge has been institutionalized and compartmentalized in research universities over the last century. The result of this is a much more nuanced view of Catholic Reformation, and once that extends consideration much further - both chronologically, geographically and politically - than is often accepted. As such the volume will prove essential reading to anyone interested in early modern religious history.

'This is a collection of interdisciplinary essays that examine and challenge the concept of 'Reformation:' especially with respect to the Roman Catholic Church.' Lutheran Quarterly 'This is a rewarding volume.' Renaissance Quarterly '... each of the essays is good and the author offers thoughtful and challenging interpretations of ’Reformation’ as concept or, more usually, process. This volume should be read by all scholars in the field for it is a collection of high quality pieces.' European History Quarterly 'This is a valuable collection of provocative, scholarly essays that should be of great interest to all those who are engaged in Reformation research. The seminal nature of the essays may prove to be useful to students who are considering dissertation topics. Highly recommended.' Anglican & Episcopal History 'This volume is well worth the attention of a broad range of scholars, including those whose main focus is the Society of Jesus and the challenges it faced in its first centuries.' Journal of Jesuit Studies ’The essays in this volume attain a high standard of scholarship. They cover an impressive array of topics and places and most are lucidly, some even elegantly, written... those that do not read it are missing out on a series of fascinating, as well as erudite essays.’ British Catholic History