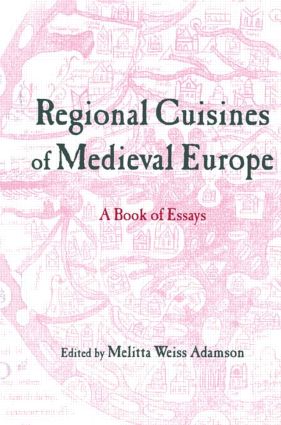 A Book of Essays, 1st Edition

"Regional Cuisines of Medieval Europe is certainly a useful volume, especially at a time when regionality in food is becoming increasingly important." -- Barbara Santich, Gastronimica

"The reader learns not only about regional cuisines but is also rewarded with insights into the study of cuisine." -- Barbara Santich, Gastronimica

"…this volume present a thorough and detailed discussion of the regional differences in medieval cuisine and the influence of geographical, religious, and social factors upon culimary traditions." -- Book Reviews January 2003

Melitta Weiss Adamson, PhD., is Associate Professor of German and Adjunct Professor of History of Medicine at the University of Western Ontario. She attended the University of Vienna and received her PhD in Germanic Languages and Literatures from the UNiversity of Toronto. Adamson is widely recognized as the leading authority on medieval cuisine and cookery.