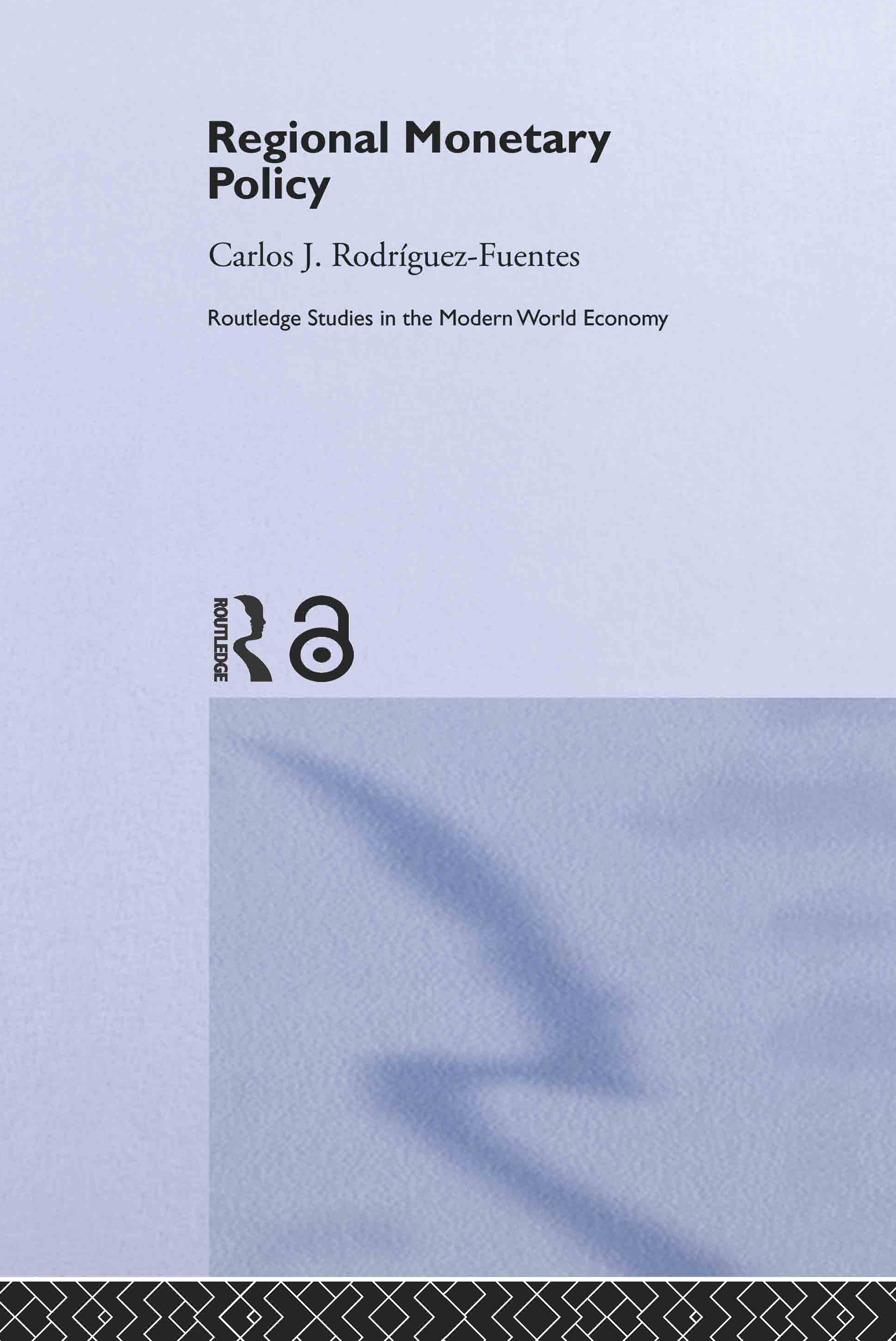 With the final phase of the European Monetary Union underway, concern has been raised over the regional implications of the European Central Bank (ECB) Monetary Policy. Departing from the standard approach utilized by the ECB, this book provides a comprehensive theoretical framework to explore the ways through which money and monetary policy may affect regions.

Carlos Rodriguez Fuentes, the rising star of Spanish economics, has produced a work of impressive clarity which analyzes the effects of regional monetary policy - with particular reference to European Monetary Union. Here, he examines the role that the banking system and the liquidity preference of economic agents play in the transmission of central banks monetary policy decisions to regions within a country or countries within a currency union. Rodriguez Fuentes utilizes a unique framework built upon the basic principle of the Post-Keynsian monetary theory which enables the identification of a new way for money and monetary policy to have a regional impact; the behavioural effect.

This book, with it’s combination of literary and empirical approach will prove essential reading for all students of economics and politics, as well as readers who interested in the development of the European Union.

Carlos J. Rodríguez-Fuentes (Tenerife, 26th January 1967) is ‘Profesor Titular de Universidad’ in the Department of Applied Economics at the University of La Laguna (Spain, Canary Islands). He was educated at the University of La Laguna, where he got his Degree in Economics (1985-1990). From 1993 to 1994 he was granted by the Stevenson Foundation (University of Glasgow) and the Spanish Government (Ministerio de Asuntos Exteriores) to conclude his Ph.D. in the Department of Economics at the University of Stirling (Scotland), as a visiting postgraduate student. His Ph.D. (Monetary Policy and Regional Economics) was awarded in 1996 (and later on published) by the Spanish Economic and Social Council (CES). His research interests are mainly focussed on Post Keynesian monetary theory and regional finance. He has published in the journals Regional Studies, Papers in Regional Science, and some other Spanish journals. He has also contributed to books published by Edward Elgar and Ashgate.