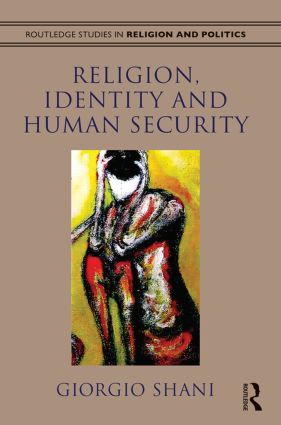 Religion, Identity and Human Security seeks to demonstrate that a major source of human insecurity comes from the failure of states around the world to recognize the increasing cultural diversity of their populations which has resulted from globalization. Shani begins by setting out the theoretical foundations, dealing with the transformative effects of globalization on identity, violence and security. The second part of the volume then draws on different cases of sites of human insecurity around the globe to develop these ideas, examining themes such as:

Highlighting that religion can be a source of both human security and insecurity in a globalizing world, Shani offers a ‘critical’ human security paradigm that seeks to de-secularize the individual by recognizing the culturally contested and embedded nature of human identities. The work argues that religion serves an important role in re-embedding individuals deracinated from their communities by neo-liberal globalization and will be of interest to students of International Relations, Security Studies and Religion and Politics.

'Through an erudite analysis of recent debates about the veil in France, ethno-religious tensions in South Asia, and ethno-nationalism in Japan, Giorgio Shani defends a ‘post-secular’ approach to human security that openly embraces cultural diversity and religious difference. This lucid and wide-ranging book will interest students of globalisation, identity politics, post-colonialism, and critical security studies.' - Andrew Linklater, Aberystwyth University, UK.

'This excellent book is not only an original contribution to critical human security studies, but more broadly, an outstanding remapping of postsecular thinking in International Relations.' - Mustapha Kamal Pasha, Aberystwyth University, UK.

'Resistance to an increasingly globalized mass society is now accompanied by an almost desperate search for community and a less-than-gracious retreat from the Enlightenment-based multiculturalism. The aggressive, often violent affirmation of religious identities comes as part of this package. In a marvelous intervention in the debate on the agenda of peace studies, Giorgio Shani argues that human security now poses an altogether different kind of challenge.' - Ashis Nandy, Centre for the Study of Developing Societies, India

Part I: Reconceptualizing Human Security in a Post-Secular Age, 1. Globalization and Identity After the Financial Crisis, 2. Provincializing Post-Secularism, 3. Re-conceptualizing Security: Towards a Critical Human Security Paradigm? 4. De-Secularizing Human Security, Part II: Sites of Human Insecurity, 5. Emancipating Zoe: The Securitization of the Veil in France, 6. Sarva Dharma Sambhava: Religion and Human In/Security in South Asia 7. Tabunka Kyōsei ? Ethno-Nationalism and Human Insecurity in Japan, Conclusion: To be Human is not to be resilient

Giorgio Shani is the Director of the Social Science Research Institute and Senior Associate Professor of Politics and International Relations at the International Christian University, Japan.