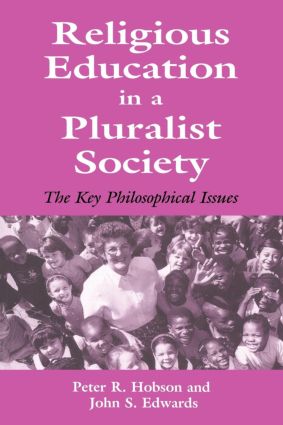 Religious Education in a Pluralist Society

Religious education in liberal pluralist societies such as the UK, the USA, and Australian underwent radical change in the 1980s and 1990s, with a major shift towards multi-faith, educationally oriented programmes. This has meant significant modifications to both the content and the methodology of religious-education courses and to the way they are conceived of and taught in schools and universities.

One important implication of this change for the teaching and study of religion today is the need for a philosophical dimension that deals with issues such as the truth status of religious statements and the moral acceptability of religious claims. This dimension is often insufficiently developed; this lack is made more critical by the multiple competing truth claims of various religions, giving rise to such contentious problems as the growth of fundamentalism, increasing religious intolerance and conflict, and differences of opinion on central moral problems such as birth control, abortion and euthanasia. This text attempts to provide the philosophical underpinning that the study and teaching of religion in modern societies requires.

Theology- " In advocating an intelligent, philiosophical understanding of religious education, this book offers valuable insights applicable to the reality of today"s RE classrooms."

"This robustly thoughtful book tackles without flinching the main philosophical issues which confront religious education in Great Britain, the USA and Australia today. It is not an easy read. Bur the extent of the authors" background knowledge, their liberality of mind and the clarity of their exposition make the effort worthwhile."

"Religious Education in a Pluralist Society is quite simply the most important book on religious education to have been published in recent years. With remarkable precision, Hobson and Edwards tread a path beyond the conservative-progressive impasse that is so much a feature of current debate. … The end product is a philosophical justification of contemporary religious education that stands head and shoulders above its rivals. … A persuasive and stimulating vision of the future of religious education."

The Journal of Educational Thought - " This is a well written, well thought-out book about teaching religion in public schools…there is much benefit to be gained in perusing its pages, if only to become convinced that the avoidance of teaching religious education in schools severly short-changes students. These authors do a commendable job of arguing the case for a pedagogically-sound inclusion of religious education in today"s schools."

Journal of Beliefs and Values

"This is a good guide to the philosophical debate about religious education in the schools and offers a carefully articulated and clearly reasoned position.