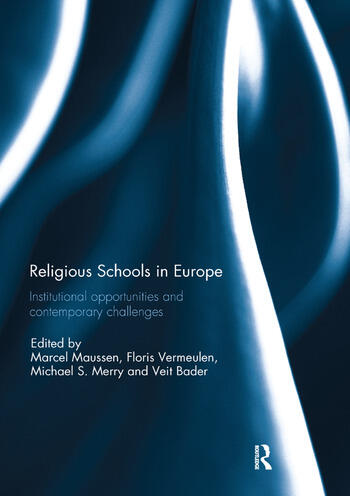 The European Convention on Human Rights guarantees freedom of education, including the opportunities to create and operate faith-based schools. However, as European societies become more religiously diverse and ‘less religious’ at the same time, the role of faith-based schools is increasingly being contested. Serious tensions have emerged between those who ardently support religious schools in their various forms, and those who oppose them. Given that faith-based schools enjoy basic constitutional guarantees in Europe, the controversy around them often surrounds issues of public financing, degrees of organisational and pedagogical autonomy, and educational practices and management.

This volume is about the controversies surrounding religious schools in a number of Western European countries. The introductory chapter briefly analyses the structural pressures that affect the position of religious schools, outlining the relevant institutional arrangements in countries such as Denmark, Germany, France, Ireland, the Netherlands, and Scotland. The following chapters provide a detailed analysis of the discussions and controversies surrounding faith-based schools in each country. Finally, the two concluding chapters aim to provide a bigger, comparative picture with regard to these debates about religious education in liberal democratic states and culturally pluralist societies. This book was originally published as a special issue of Comparative Education.

4. The national management of public and Catholic schools in France: moving from a loosely coupled towards an integrated system?

5. Religion and education in Ireland: growing diversity – or losing faith in the system?

6. Liberal equality and toleration for conservative religious minorities. Decreasing opportunities for religious schools in the Netherlands?

7. The continued existence of state-funded Catholics schools in Scotland

8. What can international comparisons teach us about school choice and nongovernmental schools in Europe?

9. The conundrum of religious schools in twenty-first-century Europe

Marcel Maussen is Assistant Professor at the Department of Political Science at the University of Amsterdam, The Netherlands. His research focuses on governance of religious and cultural pluralism, transitions of democracy and fundamental rights and freedoms.

is Associate Professor at the Department of Political Science at the University of Amsterdam, The Netherlands. His research focuses on the political and civic participation of immigrants, religious diversity and policies against extremism.

is Professor of Philosophy of Education in the Faculty of Social and Behavioural Sciences at the University of Amsterdam, The Netherlands. His primary areas of scholarship are ethics, political philosophy, and educational theory.

is Emeritus Professor in Social and Political Philosophy and Sociology at the University of Amsterdam, The Netherlands. He has published widely on citizenship, democratic theory, associative democracy, social inequality, governance of religious pluralism and various other topics.