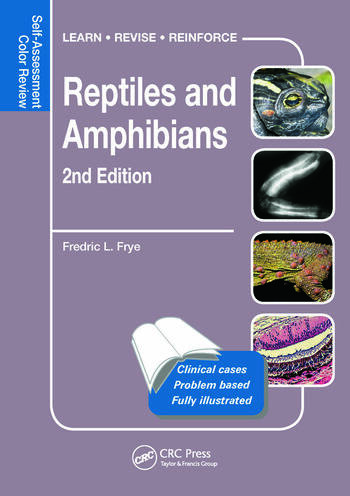 Much has happened in the 19 years since the publication of the first edition of Reptiles and Amphibians: Self-Assessment Color Review. Many more scientists and clinicians have taken an interest in reptiles and amphibians, novel radiographic techniques have been developed, and veterinary surgeons have devised operative solutions to numerous serious conditions in both reptiles and amphibians. The time is right for an expanded second edition that covers these developments and more.

See What’s in the Second Edition:

Written by a foremost authority, this book presents more than 230 cases and questions at different levels of expertise, with detailed explanatory answers. The cases appear in random order, just as they would in real life, and enable you—by solving the clinical puzzle—to make differential diagnoses, treatment plans, and prognoses. The color review includes a wealth of problem-oriented information of value—and enjoyment—for formal and informal training and continuing education.

After his honorable discharge from the US Navy, where he served as a combat air crew member in a blimp squadron engaged in antisubmarine patrols, Fredric Frye earned his degrees at the University of California, Davis and served two residencies: General Surgery with an emphasis on cardiovascular surgery at the US Public Service Hospital, San Francisco, and Pathology at the University of California, Davis. He is an elected member of two scholastic honor societies: Alpha Gamma Sigma and Phi Zeta. He was an epidemiologist with the California Cancer Research Program and then engaged in private clinical practice in Berkeley and Davis, California. Dr. Frye joined the faculties of the University of California School of Medicine, San Francisco, teaching experimental surgery; University of California, Berkeley’s Lawrence Berkeley Laboratory, working on nuclear medicine, immunosuppression and space-suit design for the NASA Apollo Project; and the University of California, Davis, School of Veterinary Medicine, as a Clinical Professor of Medicine serving pro bono for 24 years. In 1977 he returned to the University of California, Davis, and earned a Master’s degree in Comparative Pathology. For 23 years, he was the principal pathologist for a biopharmaceutical research firm until they relocated to the United Kingdom in 2005. He is now a Visiting Professor of Comparative Medicine and Pathobiology at numerous Universities and Colleges in North America, UK, Italy and Japan. He is the author of 23 textbooks, four non-scientific books, 363 papers, 38 CD Rom programs; and co-author of 28 textbooks and numerous chapters in multiauthored textbooks. He has authored three humor titles, Phyllis, Phallus, Genghis Cohen – and Other Creatures I Have Known; Politicians and Diapers Should Be Changed Frequently – and for the Same Reason; and May I Inquire as to What the Chicken Did. His memoir, Pa Ba La Ba La Gum, was published in 2014.

He was the 1969 recipient of the American Veterinary Medical Association’s Practitioner Research Award; he was the second Edward Elkan Memorial Lecturer at the University of Kent, the Richard N. Smith Memorial Lecturer at the University of Bristol, and the Peter Wilson Bequest Memorial Lecturer at the University of Edinburgh. He is an elected Life Member of the American Association for the Advancement of Science and an Elected Fellow of the Royal Society of Medicine and the Institute of Biology, London. He was named as a Patron of the Charles Louis Davis Foundation for International Advancement of Veterinary and Comparative Pathology and was elected to the Board of Directors of the German Society for the Study of Comparative Pathology and Oncology in Berlin. In 2001 he was elected as an Honorary Life Member of the British Veterinary Zoological Society.

After developing – and maintaining – an intense interest in animals in general, and particularly reptiles, amphibians and invertebrates, he applied his clinical veterinary skills to these previously overlooked animals and has been credited by his colleagues as the ‘Father of Herpetological Medicine and Surgery’. In January 2002, he was honored as the recipient of the first Association of Reptilian and Amphibian Veterinarians (ARAV) Lifetime Achievement Award, which now is named the Fredric L. Frye Lifetime Achievement Award. In 2010, he was named as the first Distinguished Honorary member of the Associazione Linnaeus in Italy. The multiauthored text, Invertebrate Medicine, to which he contributed a chapter on scorpions, received the 2012 TEXTY AWARD. In 2013 he was awarded a Lifetime Membership in the ARAV, and in 2014, Fred was honored with an Honorary Diplomacy in Reptiles and Amphibians by the American Board of Veterinary Practice for his contributions to Herpetological Medicine and Surgery.

Retired from private practice, Fredric consults on difficult clinical cases with colleagues; mentors students; and devotes much of his time to the family certified organic farm, La Primavera, where he is engaged in pomological culture and improvement of apple, pear, peach, plum, nectarine and citrus fruit trees. In the 1980s he was successful in producing viable garlic seeds from a plant that usually reproduces only asexually. Among his avocations are designing and building fine furniture and sculpting art objects from sustainable tropical forest products, metal and stone; he has had two one-man shows of his artwork.

"The author, Dr. Frederic Frye, is widely considered to be one of the grandfathers of herpetological medicine. This Self-Assessment Color Review of reptiles and amphibians will appeal to a wide audience from experienced veterinarians and herpetologists, to veterinary residents and interns during their formal training, to veterinary students and amateur herpetologists. Even experienced readers will be challenged to think broadly about disease processes and conditions, instead of jumping to a quick conclusion based on pattern recognition". - Douglas Whiteside, DVM, DVSc, DACZM, DECZM (ZHM), Senior Staff Veterinarian, Calgary Zoo, Alberta, Canadian Veterinary Journal, Volume 58, July 2017

"This is an excellent standalone book that reinforces key concepts and provides a framework for practitioners to expand upon their prior knowledge…It is a valuable tool for stimulating readers to think through cases systematically in a real-world manner. Explanations are readily available to confirm a diagnosis or explain the rationale for an alternative. In this way, learning is much more active and meaningful than if these disease presentations were simply explained in standard textbook format." - Julia K Whittington, DVM(University of Illinois College of Veterinary Medicine), Doody's Book Review Service 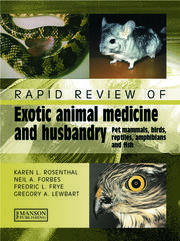 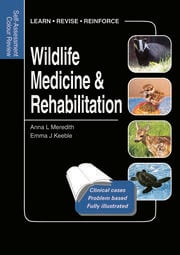