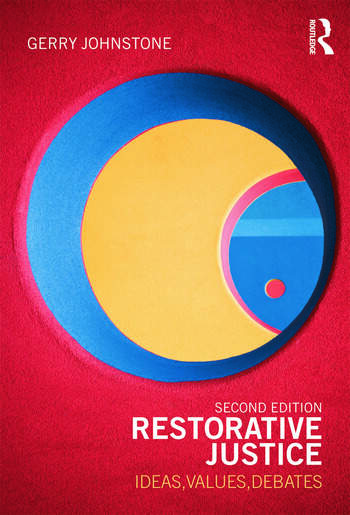 Restorative justice is one of the most talked about developments in the field of crime and justice. Its advocates and practitioners argue that state punishment, society's customary response to crime, neither meets the needs of crime victims nor prevents reoffending. In its place, they suggest, should be restorative justice, in which families and communities of offenders encourage them to take responsibility for the consequences of their actions, express repentance and repair the harm they have done.

First published in 2002, Restorative Justice: Ideas, Values, Debates is renowned worldwide as an accessible, balanced and invaluable analysis of the argument that restorative justice can provide an attractive alternative to traditional responses to crime.

The second edition includes a new chapter identifying and analyzing fundamental shifts and developments in restorative justice thinking over the last decade. It suggests that the campaign for restorative justice has not only grown rapidly in the last decade, but has also changed in its focus and character. What started as a campaign to revolutionize criminal justice has evolved into a social movement that aspires to implant restorative values into the fabric of everyday life. This new edition explores the implications of this development for restorative justice’s claim to provide a feasible and desirable alternative to mainstream thinking on matters of crime and justice.

This book provides an essential introduction to the most fundamental and distinctive ideas of restorative justice and will appeal to students of criminology, law or related disciplines or researchers and professionals with an interest in crime and justice issues. In addition it extends the debate about the meaning of restorative justice – pros, cons and wider significance – hence it will also be of interest to those already familiar with the topic.

As part of this interest, he is exploring the roles which restorative justice might play in addressing historical injustices and grievances. In this context, his work connects up with the recent surge of interest in reparations for slavery. Along with Professor Richardson, he recently obtained university funding to award a PhD studentship in this area. He is interested, more generally, in supervising and collaborating with research projects around this theme.

Comments on the first edition:

"For anyone who wants an introduction to current thinking about restorative justice, this book is by far the best I have come across." - Peter Duff (Scolag)