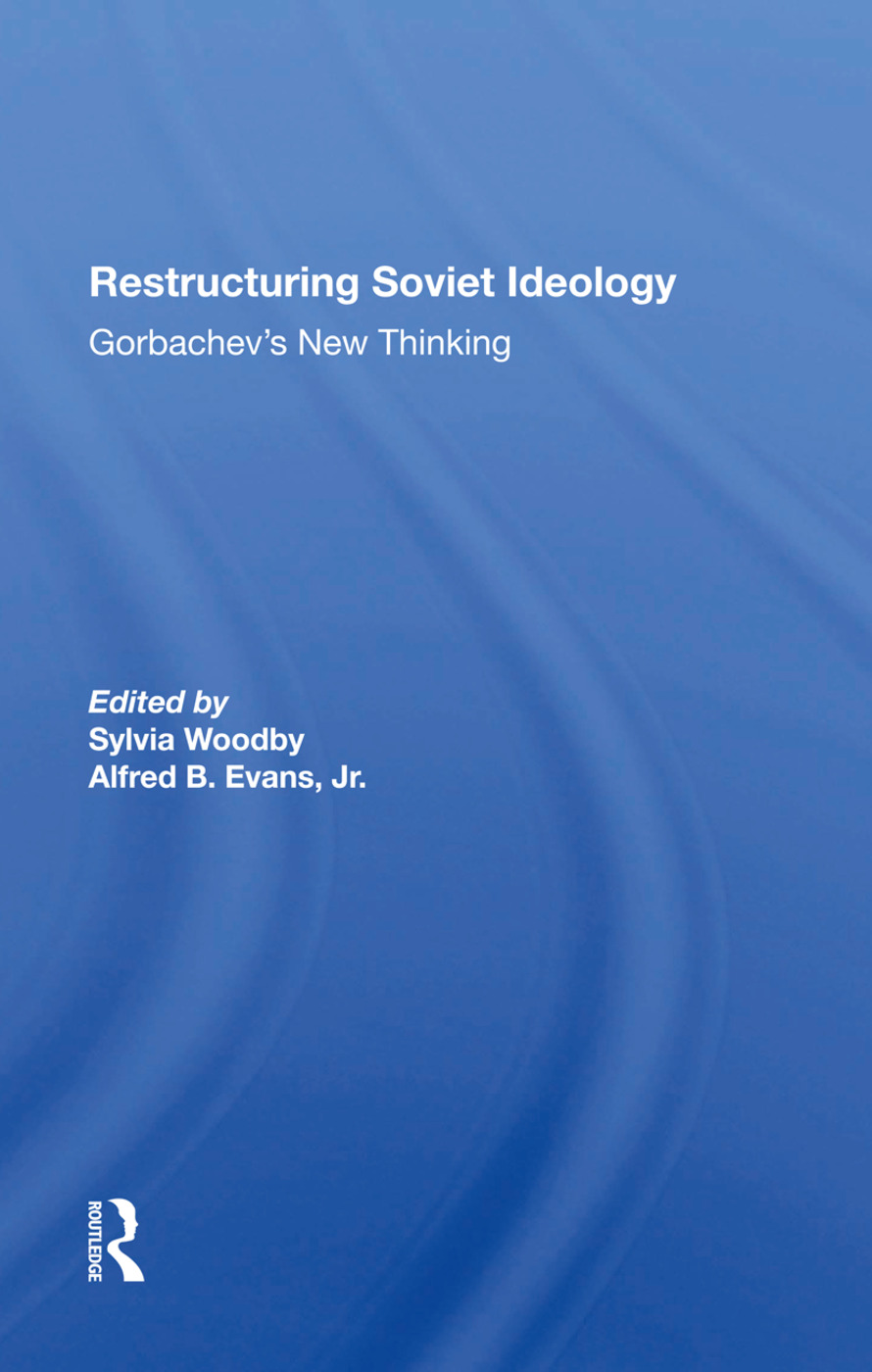 This book offers an analysis of the character and impact of ideological change, addresses a different arena of Soviet policy or social life, and reflects somewhat different concerns about the role or significance of ideology. It summarizes the way in which Marxism-Leninism has been understood.

Introduction -- Rethinking Soviet Socialism: The Politics of Ideological Change -- Toward a New Political Economy of Socialism -- Changing Views of Social Differentiation in Soviet Ideology -- The End of the “National Question”: Ideological Decay and Ethnic Relations in the USSR -- Changing Soviet Conceptions of International Security -- Gorbachev’s “New Political Thinking” and Soviet National Security Policy -- The Death of a Dream? Gorbachevist Revisions of Marxism-Leninism for the Third World -- Conclusion

"Sylvia Woodby is the author of Gorbachev and the Decline of Ideology in Soviet Foreign Policy (Westview, 1989), coauthor (with Carol R. Saivetz) of Soviet-Third World Relations (Westview, 1985), and coauthor (with Martha Cottam) of The Changing Agenda: World Politics Since 1945, second edition (Westview, forthcoming). Alfred B. Evans, Jr., is a professor in the Department of Political Science at California State University, Fresno. His publications on Soviet ideology include “Developed Socialism in Soviet Ideology”(Soviet Studies, 1977) and “Rereading Lenin’s State and Revolution”(Slavic Review, 1987). He has also published research on the impact of Soviet governmental policies aimed at the equalization of urban and rural living standards."