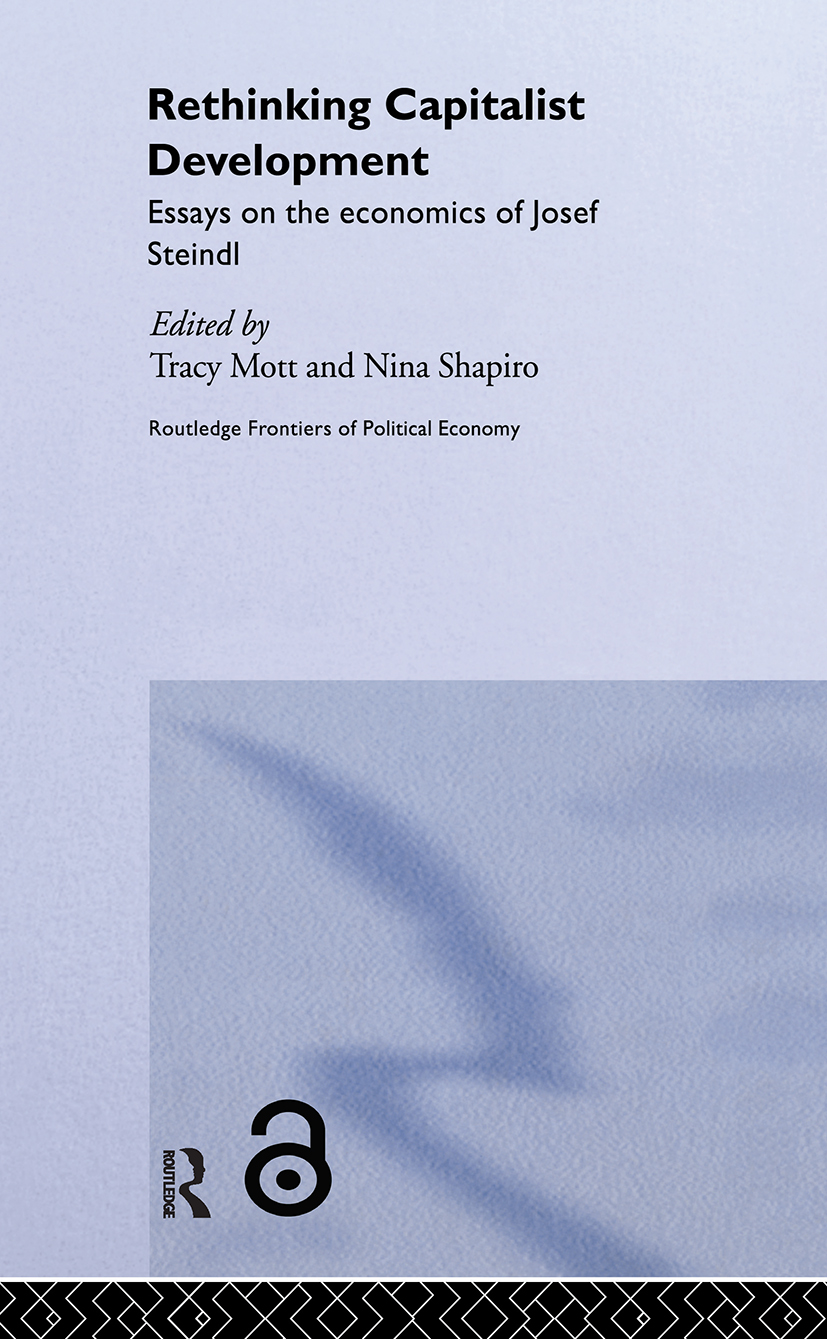 Essays on the Economics of Josef Steindl, 1st Edition

This collection honours the work of the eminent economist Josef Steindl. Steindl's work is illuminated through a critical appraisal of its central constructs with a focus on its relevance to current economic conditions. This collection charts the thinking of one of the leading economic theorists of the twentieth century.

Tracy Mott is Associate Professor of Economics at the University of Denver. He is the author of Kalecki's Principle of Increasing Risk and Keynesian Economics, forthcoming from Routledge. Nina Shapiro is Professor of Economics at Saint Peter's College, New Jersey. She is on the Managerial Board of Editors of the Journal of Post Keynesian Economics, and has numerous publications in both micro and macroeconomics. She has written entries on Josef Steindl in The Biographical Dictionary of Dissenting Economists, and contributed to A 'Second Edition' of The General Theory (1997).