Rethinking the Way We Teach Science
The Interplay of Content, Pedagogy, and the Nature of Science 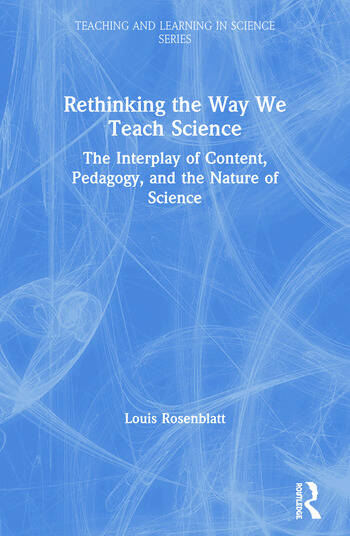 Rethinking the Way We Teach Science: The Interplay of Content, Pedagogy, and the Nature of Science

Offering a fresh take on inquiry, this book draws on current research and theory in science education, literacy, and educational psychology, as well as the history and philosophy of science, to make its case for transforming the way science is taught.

Re-thinking the Way We Teach Science addresses major themes in national reform documents and movements--how to place students at the center of what happens in the classroom; how to shift the focus from giving answers to building arguments; how to move beyond narrow disciplinary boundaries to integrated explorations of ideas and issues that connect directly with students; and most especially, the importance of engaging students in discussions of an interactive and explanatory character.  Deeply anchored in the classroom, highly interactive, and relevant across grade levels and subject matter, above all this is a book about choosing to place the authority of reason over that of right answers.

Chapter One: On Wonder

Interlude: A Note on City Schools

Chapter Two: On the Shift from Answers to Arguments

Interlude: On the Differences between "What?" and "So what?"

Chapter Three: On the Logic of the Classroom

Interlude: The History of Greece

Chapter Five: What Do We Teach When We don’t Teach the Answer?

Interlude: Why it’s a Good idea to Smack your Lips When the Lord of the Manor is Around.

Chapter Eight: On the Politics of Learning

Last Interlude: Let the Kids have the Last Word

Lou Rosenblatt is a teacher with over 30 years of experience, chiefly at The Park School, but also at The Baltimore Freedom Academy, Johns Hopkins University, The University of Leeds, and Gallaudet College. He is a consultant with TIES, having worked chiefly with Baltimore City Public Schools and STEM schools in North Carolina. He has published several articles and presented at numerous conferences, and he was a member of the design team which secured funding from the Bill and Melinda Gates Foundation among others to establish The Baltimore Freedom Academy.