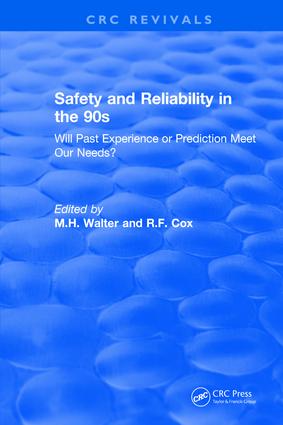 Will past experience or prediction meet our needs?, 1st Edition

Reliability analysis of a Norwegian slope accounting for spatial autocorrelation

Reliability analysis of roof wedges and rockbolt forces in tunnels

Dr Matt Walter a Fellow of the Safety and Reliability Society and was formerly a member of the North West Branch Committee. He went on to become Controller, Safety Standards, and subsequently Controller, Safety Management Systems, at Railtrack, and was an Executive Director