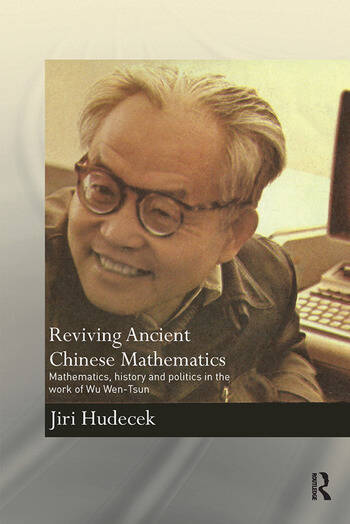 Twentieth-century China has been caught between a desire to increase its wealth and power in line with other advanced nations, which, by implication, means copying their institutions, practices and values, whilst simultaneously seeking to preserve China’s independence and historically formed identity. Over time, Chinese philosophers, writers, artists and politicians have all sought to reconcile these goals and this book shows how this search for a Chinese way penetrated even the most central, least contested area of modernity: science.

is a study of the life of one of modern China’s most admired scientific figures, the mathematician Wu Wen-Tsun. Negotiating the conflict between progress and tradition, he found a path that not only ensured his political and personal survival, but which also brought him renown as a mathematician of international status who claimed that he stood outside the dominant western tradition of mathematics. Wu Wen-Tsun’s story highlights crucial developments and contradictions in twentieth -century China, the significance of which extends far beyond the field of mathematics. On one hand lies the appeal of radical scientific modernity, "mechanisation" in all its forms, and competitiveness within the international scientific community. On the other is an anxiety to preserve national traditions and make them part of the modernisation project. Moreover, Wu’s intellectual development also reflects the complex relationship between science and Maoist ideology, because his turn to history was powered by his internalisation of certain aspects of Maoist ideology, including its utilitarian philosophy of science.

This book traces how Wu managed to combine political success and international scientific eminence, a story that has wider implications for a new century of increasing Chinese activity in the sciences. As such, it will be of great interest to students and scholars of Chinese history, the history of science and the history and philosophy of mathematics.

Jiri Hudecek is a Researcher at Charles University, Czech Republic.