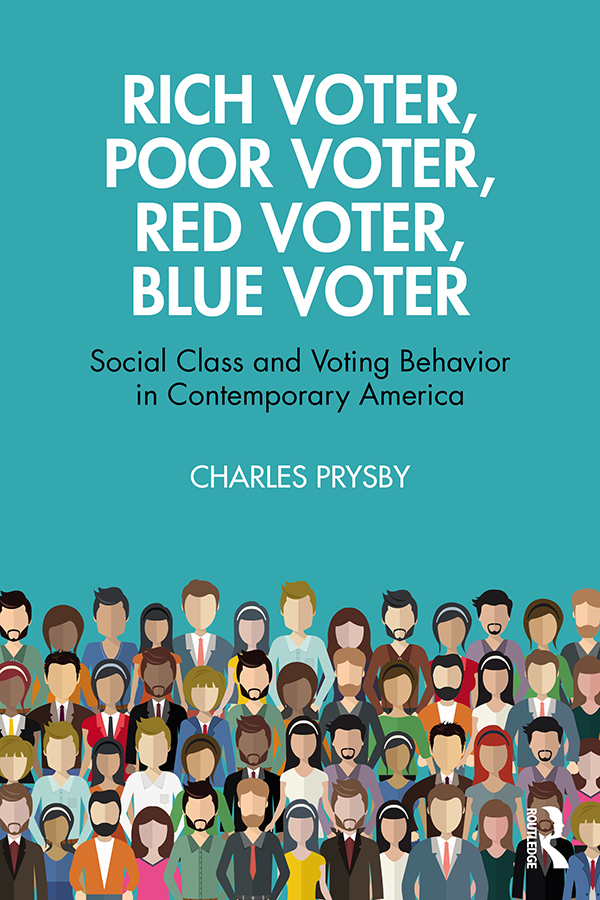 This book examines the changing relationship between social class and voting behavior in contemporary America. At the end of the 20th century, working-class white voters were significantly more Democratic than their middle-class counterparts, as they had been since the 1930s. By the second decade of the 21st century, that long-standing relationship had reversed: Republicans now do better among working-class whites. While Trump accentuated this trend, the change began before 2016, something that has not been fully appreciated or understood.

Charles Prysby analyzes this development in American politics in a way that is understandable to a wide audience, not just scholars in this field. Drawing on a wealth of survey data, this study describes and explains the underlying causes of the change that has taken place over the past two decades, identifying how social class is directly related to partisan choice. Attitudes on race and immigration, on social and moral issues, and on economic and social welfare policies are all part of the explanation of this 21st century development in American political trends.

is essential reading for scholars, students, and all others with an interest in American elections and voting behavior.

"Excellent! An over-time analysis of the factors that impact elections from one of the few people able to do it. From class and culture to white identity, it is all there. Special attention is paid to the vote in 2012 and 2016. An original and creative contribution to our understanding of the dynamics of elections. Mandatory reading!" — William Crotty, Thomas P. O'Neill, Jr. Chair in Public Life and Emeritus Professor of Political Science, Northeastern University

"This book offers a much-needed update on social class and voting behavior in presidential elections. Prysby gives careful thought on how to measure social class, and conducts a systematic analysis that is both well executed and convincing. This work makes a major contribution to the academic literature. Highly recommended to anyone who wants to understand how the relationship has changed between social class and voting behavior during the first two decades of this century." — Peter L. Francia, East Carolina University

4. Race, Class, and the Politics of White Identity

8. Conclusion: Social Class and Voting in the 21st Century

Charles Prysby is a professor of Political Science at the University of North Carolina at Greensboro. He specializes in American elections, voting behavior, and political parties. His most recent book, coauthored with David Holian, is Candidate Character Traits in Presidential Elections (Routledge, 2015).