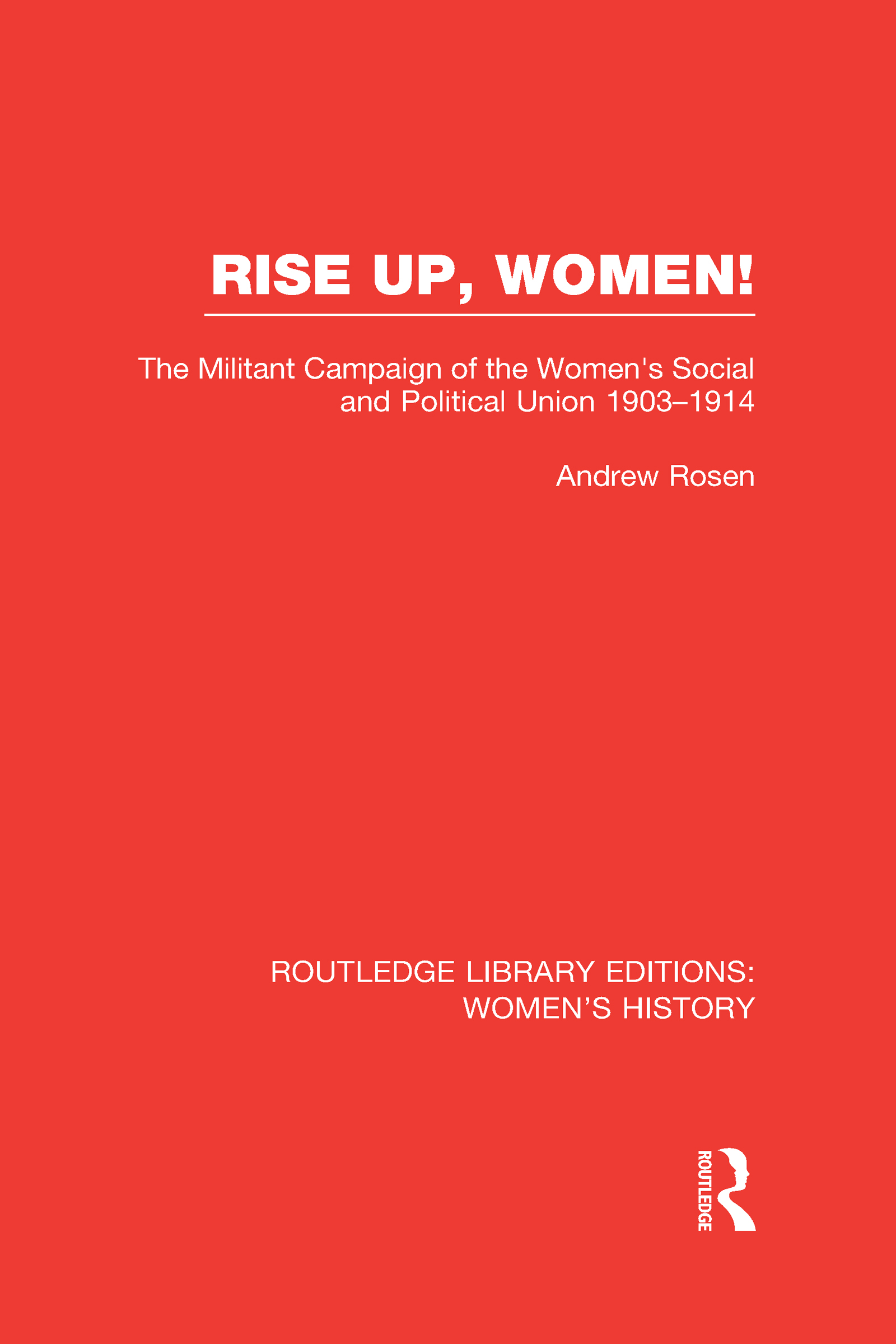 The Militant Campaign of the Women's Social and Political Union, 1903-1914, 1st Edition

The suffragette movement shattered the domestic tranquillity of Edwardian England. This book is an original and searching study of the formidable organization which led this campaign: the Women’s Social and Political Union.

With the use of previously unpublished correspondence of Mrs Emmeline Pankhurst, her colleagues and such political leaders as Asquith, Balfour and Lloyd George, the author views the development of ever more extreme and violent forms of militancy not as a series of amusing exploits and incidents but as the carefully calculated political strategy the suffragettes intended it to be. He examines the reasons for the remarkable effectiveness of militant tactics in making women’s enfranchisement a political issue of central importance, and shows why militancy failed to secure this right prior to the outbreak of war in August 1914. He assesses, too, the influence of the vast social and political changes wrought by the war on the ultimate success of the campaign in 1918.

'He has documented the militant period more closely than anyone has yet done, and his account is detailed, clear and balanced… As a guide through the political scene Rosen is superbly equipped…' Claire Tomalin, Observer

'It is well written and lively, makes interesting reading and in no way belittles, makes fun of, or attempts to turn the history into an emotional record of the times.' - Carol Dix, Guardian

'At last we have a historian of the suffragette movement who is prepared to study its subscription lists, its oprganisational structure and its methods of recruitment, and…to see things sometimes through the eyes of the authorities.' - Brian Harrison, Sunday Times

Introduction 1. Antecedents 2. Enter the Pankhursts 3. The Founding of the WSPU 4. Militancy Begins 5. To London 6. Rapid Growth 7. The Split 8. To Hyde Park! 9. Frustration Mounts 10. Violence Begins 11. The Truce 12. The Truce Renewed 13. Violence, Flight, and Divided Counsels 14. The Pethick-Lawrences Depart 15. Bromley and Bow, and its Aftermath 16. The Arson Campaign 17. The Great Scourge 18. The Arson Campaign, Continued 19. The End of the Militant Campaign 20. Epilogue: The Vote, and After

Reissuing seminal works originally published between 1928 and 1992, Routledge Library Editions: Women's History offers a selection of scholarship covering women's roles, gender battles, feminism and other issues through the ages. Topics include women in the World Wars, prostitution in Victorian times, the history of abortion, women's roles in the Stuart era and women's place in the household and in work.