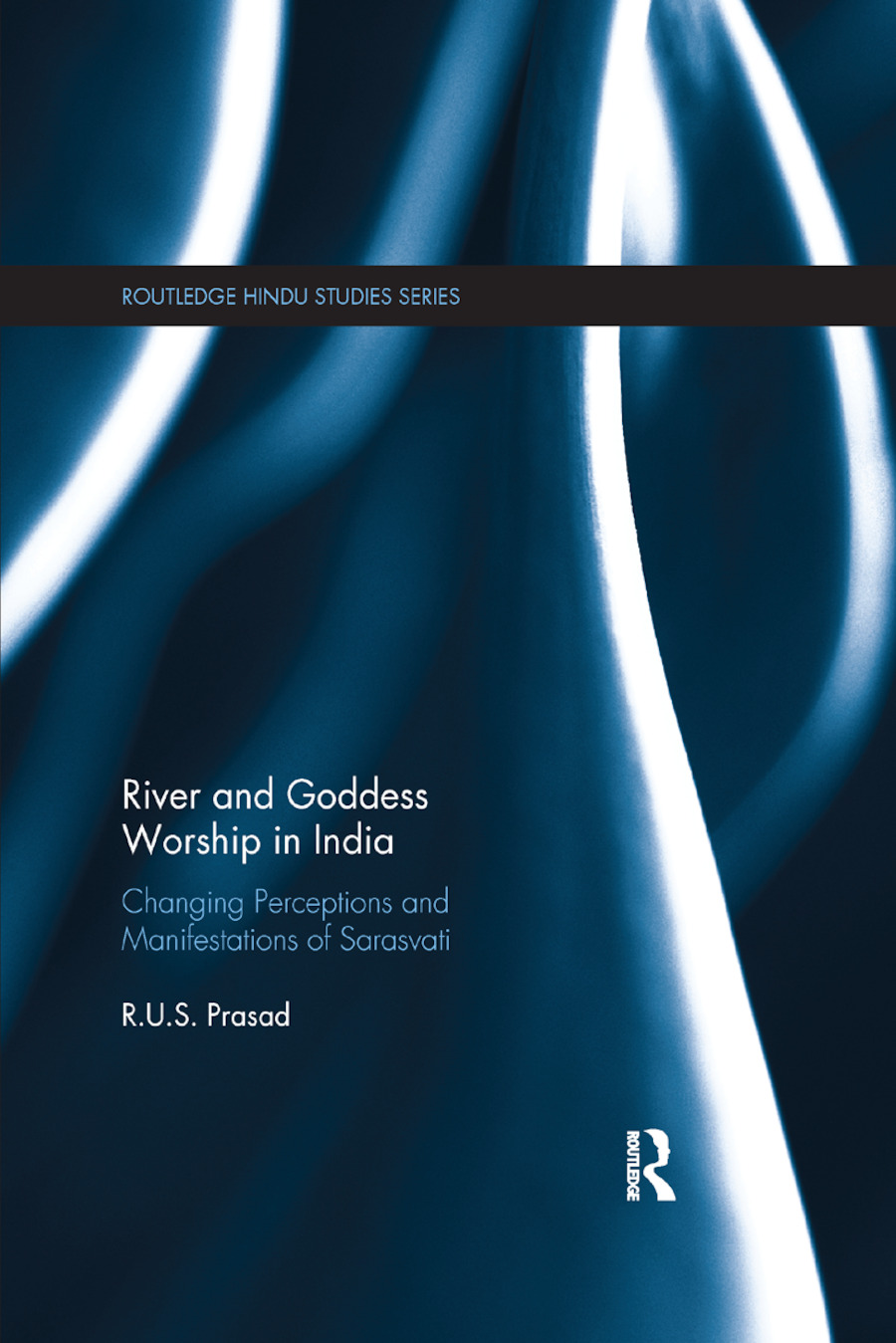 River and Goddess Worship in India

Sarasvati assumes different roles, a physical river and a river goddess, then as a goddess of speech and finally that of a goddess of learning, knowledge, arts and music. References to Sarasvati in the Vedas and the Brahmanas, the Mahabharata and the Puranas and her marked presence in other religious orders, such as Buddhism, Jainism and the Japanese religion, form the basis of discussion as regards her various attributes and manifestations. In Jainism, her counter-part is Sutra-devi, in Buddhism it is Manjusri and Prajnaparamita and in the Japanese religion, Benten is the representative goddess. The physical presence of Sarasvati in various iconic forms is seen in Nepal, Tibet and Japan. Tantrism associated with Sarasvati also finds reflection in these religious traditions. Sculptors and art historians take delight in interpreting various symbols her iconic forms represent.

The book examines Sarasvati’s origin, the course of her flow and the place of her disappearance in a holistic manner. Based on a close analysis of texts from the early Rig-Veda to the Brahmanas and the Puranas, it discusses different view-points in a balanced perspective and attempts to drive the discussions towards the emergence of a consensus view. The author delineates the various phases of Sarasvati’s evolution to establish her unique status and emphasise her continued relevance in the Hindu tradition. The book argues that the practice of pilgrimage further evolved after its association with the river Sarasvati who was perceived as divinity personified in Hindu tradition. This, in turn, led to the emergence of numerous pilgrimage sites on or near her banks which attracted a large number of pilgrims.

A multifaceted and interdisciplinary analysis of a Hindu goddess, this book will be of interest to academics researching South Asian Religion, Hinduism and Indian Philosophy as also the general readers.

This is a commendable book, thorough, carefully researched, ground-breaking, and generously sensitive to the multiple dimensions of Sarasvati as goddess and river over the ages. R. U. S. Prasad has very responsibly studied the many and varied relevant texts, and also paid attention to geographical, architectural, and iconographic details. He has taken seriously a very long history, without reducing the meaning of what we learn about Sarasvati simply to historical data. Scholars and believers both will respect this book and benefit from the immense learning it contains. It should quickly become a standard resource for the study of Sarasvati and similar figures in the Vedic and Hindu traditions.

, SJ, Parkman Professor of Divinity and Professor of Comparative Theology and Director, Center for the Study of World Religions, Harvard University, US

This carefully researched study provides an excellent contribution to present controversial debates on the identity of India’s holy river. Of particular relevance in this context is thecritical evaluation of the various theories about Sarasvati’s identification with the Helmand river in Afghanistan, the Indus and the seasonal monsoon fed Ghaggar-Hakra river in Haryana and south eastern Pakistan. The main emphasis and significant capacity of the book is thecomprehensive analysis of the textual evidence from the Rigveda to the Puranas, depicting the successive stages and facets of Sarasvati’s transformation from a river goddess to the divine embodiment of speech and learning, fine arts and music.

Dr R.U.S. Prasad’s work reflects a very thorough study of the available evidence on Sarasvati. He has effectively demonstrated within the confines of evidence that Sarasvati was a river in reality eulogized by the Aryans without getting trapped in the quagmire of an irrelevant archaeological debate. Tracing the evolution of Sarasvati through the corpus of later Vedic texts, he has been able to show how the goddess of river gradually merges with goddess of wisdom and learning. The coverage of the pilgrimage sites along the course of the Sarasvati and of the pattern of their clustering mainly in the state of present Haryana is comprehensive; this perhaps derives from the early tradition of the sanctity of Brahmavarta as sacred space par excellence, although by the time the lists of the tirthas were really formalized, their sanctity may have been more notional than functional.

4. Sarasvati in the Rig-Veda

6. Sarasvati in the Brahmanas

7. Sarasvati and other deities in Vedic texts

9. Sarasvati in the Mahabharata

10. Important pilgrimage sites (Tirthas) on Sarasvati and folklore associated with them

11. Sarasvati and the Puranas

R. U. S. Prasad holds a Ph.D from Jawaharlal Nehru University, India. He is currently an Associate in the Department of South Asian Studies, Harvard University. He is the author of two books on telecommunications and Rig-Vedic and Post-Rig-Vedic Polity.