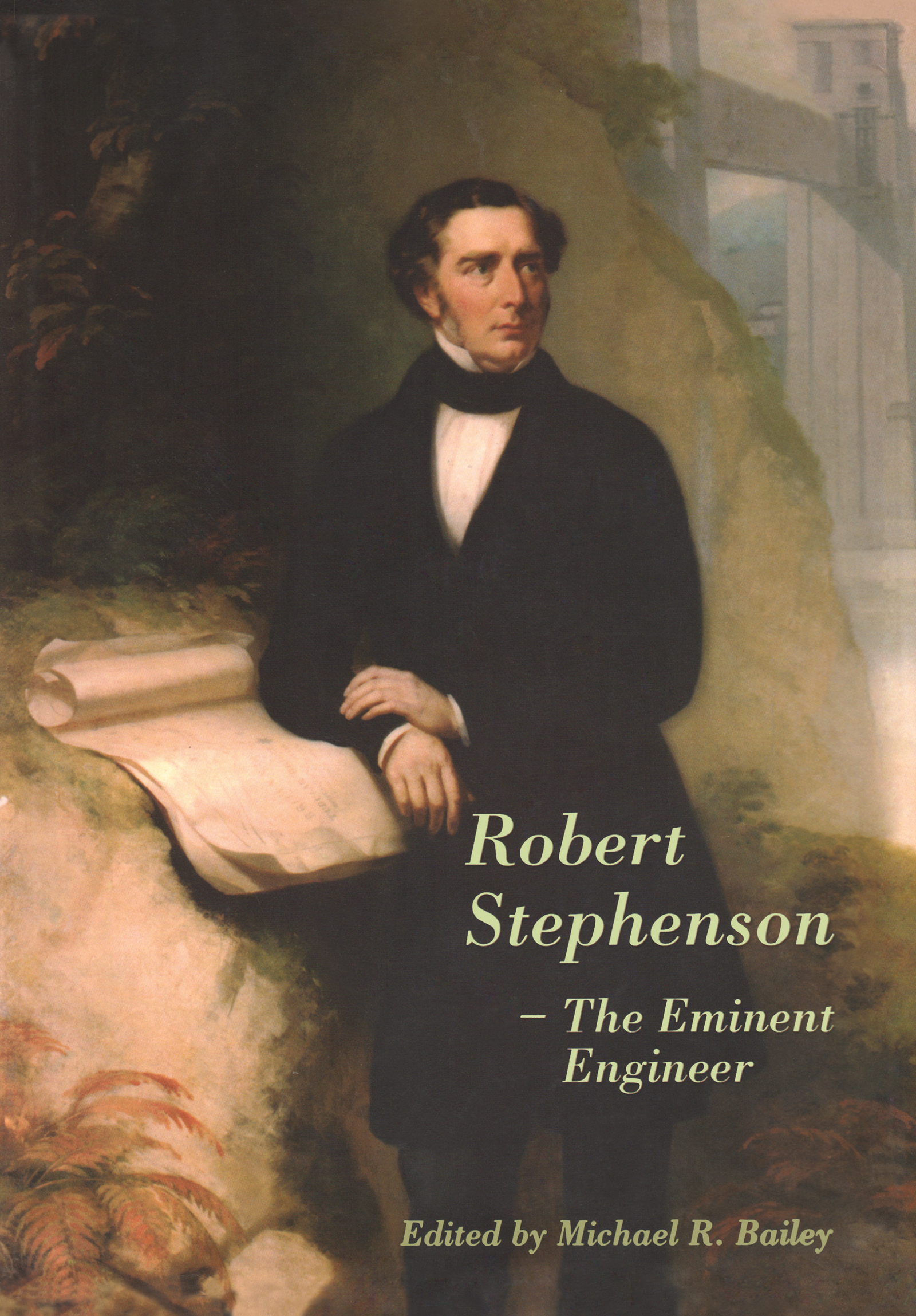 Robert Stephenson, the leading engineer of the mid-nineteenth century whose substantial public works brought about considerable social change is now the subject of this excellent new biography: Robert Stephenson - The Eminent Engineer. Stephenson's engineering practice was responsible for major railway building programmes in Britain and overseas. He oversaw the building of many bridges, particularly the innovative tubular bridges in North Wales and was influential in the development of England's railway network. Stephenson's engineering practice in Westminster, whose many associates were engaged throughout England, were responsible for substantial railway building programmes during the 'mania' years of the 1840s. By 1850, he was associated with one third of the railway network. His overseas railway involvements included building many miles of line and developing national transport plans. Robert Stephenson - The Eminent Engineer also considers Stephenson's public roles and shows how he was perceived by his contemporaries. Stephenson was a Member of Parliament and Commissioner for the Great Exhibition, was well respected as an arbitrator, received several British and overseas honours and was President of both the Institutions of Civil and Mechanical Engineering.

'The new book does much to bring the man to life and his works to light. It's an important work on an engineer who has not received the fame he perhaps deserves.' Professional Engineering 'This is a fine book and a worthy addition to anyone's railway library…' The Stephenson Locomotive Society Journal 'This early 21st century biography of a 19th century engineer is not only a good history book, but it is also an enjoyable read.' Materials World 'Books of this calibre are all too rare, and this is an essential reference work for any serious railway historian.' Journal of the Friends of the National Railway Museum 'This clearly written and very well illustrated book makes a significant contribution to the history of technology in the early 19th century… Highly recommended.' Choice 'An altogether admirable biography.' The Railway Magazine 'In Robert Stephenson - The Eminent Engineer, Michael Bailey and colleagues have assembled the definitive biography of the nineteenth-century British engineer best known for his contributions to railway construction… Without a doubt this is an exceptional biography. It goes beyond a narrow focus on its subject to provide important insights into nineteenth-century engineering practice and management in general. While the book's intention is not to develop general theory regarding social influences on engineering practice, it may help to do just that.' Technology and Culture 'This book is so thoroughly researched and so well put together that it is difficult to identify any area in which it could have been improved.' British Journal for the History of Science 'The editor is to be congratulated for having assembled a talented and knowledgeable team of authors. With the publication of this volume there is now a state-of-the-art study of Stephenson's life and many achievements. All the chapters are well written and presented, and the book as a whole benefits from numerous illustrations of exceptional quality.' Journal o

Michael Bailey is Past-President of the Newcomen Society, UK