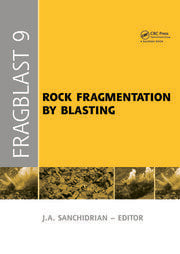 This volume contains the papers presented at the 9th International Symposium on Rock Fragmentation by Blasting, held in Granada, Spain, 13-17 August 2009. A state-of-the-art collection of articles on developments in rock blasting and explosives engineering, with contributions on rock characterization, explosives and initiation systems, blast design and monitoring, fragmentation assessment, numerical modeling, vibrations from blasting, environmental and economical aspects of rock blasting, and more. Containing unique knowledge, case studies, ideas and insights, this volume is must-have literature for researchers and practitioners in the field of explosives and blasting.