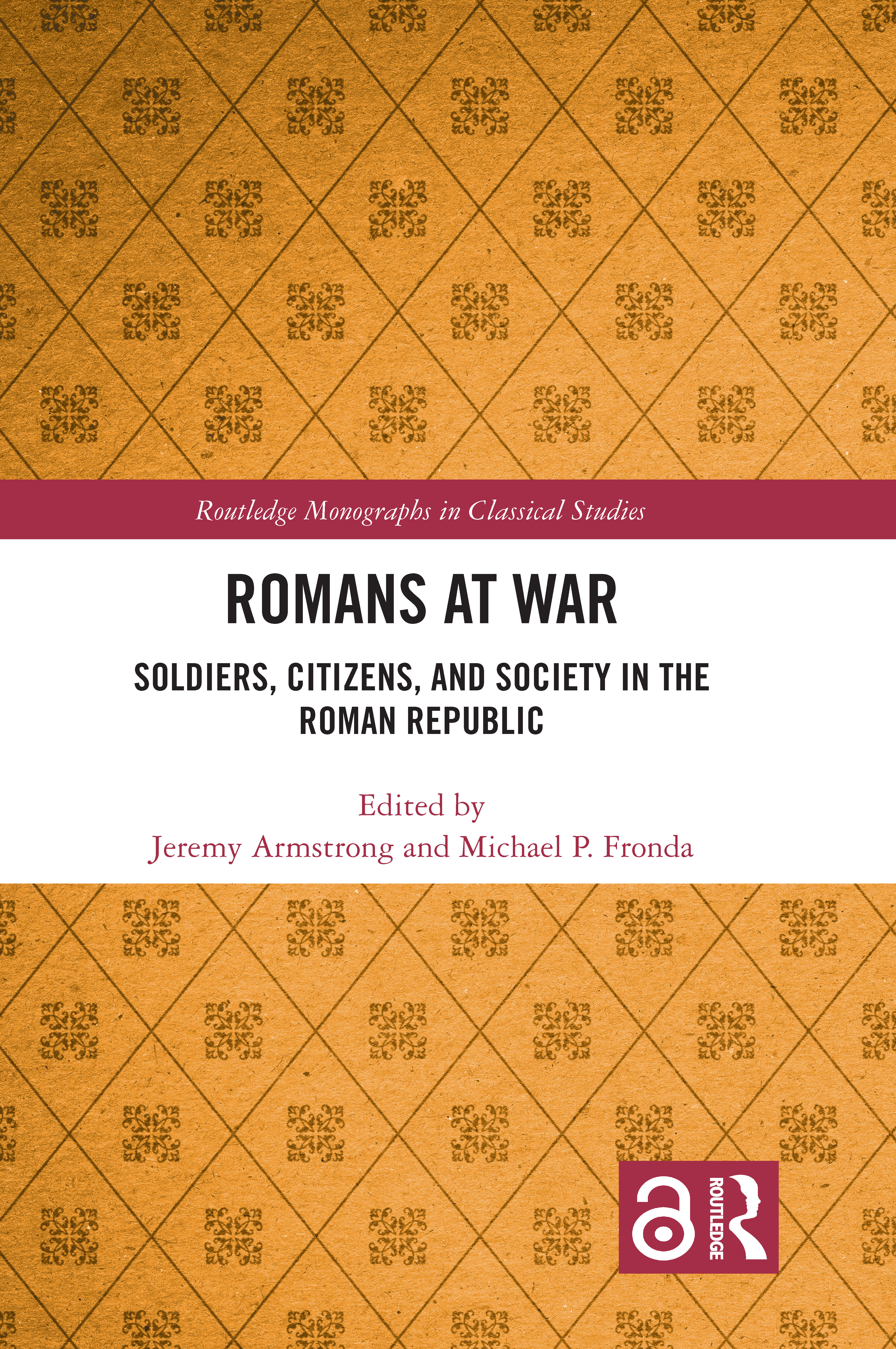 Soldiers, Citizens, and Society in the Roman Republic, 1st Edition

This volume addresses the fundamental importance of the army, warfare, and military service to the development of both the Roman Republic and wider Italic society in the second half of the first millennium BC.

It brings together emerging and established scholars in the area of Roman military studies to engage with subjects such as the relationship between warfare and economic and demographic regimes; the interplay of war, aristocratic politics, and state formation; and the complex role the military played in the integration of Italy. The book demonstrates the centrality of war to Rome’s internal and external relationships during the Republic, as well as to the Romans’ sense of identity and history. It also illustrates the changing scholarly view of warfare as a social and cultural construct in antiquity, and how much work remains to be done in what is often thought of as a "traditional" area of research.

Romans at War will be of interest to students and scholars of the Roman army and ancient warfare, and of Roman society more broadly.

1. Writing About Romans at War

2. The Institutionalization of Warfare in Early Rome

3. The Price of Expansion: Agriculture, debt-dependency, and warfare during the rise of the Republic, c. 450-287

4. The Dilectus-Tributum System and the Settlement of Fourth Century Italy

7. "Take the Sword Away From That Girl!" Combat, Gender, and Vengeance in the Middle Republic

8. The Middle Republican Soldier and Systems of Social Distinction

9. Uncovering a "Lost Generation" in the Senate: Demography and the Hannibalic War

11. Ager Publicus: Land as a Spoil of War in the Roman Republic

12. The Manipular Army System and Command Decisions in the Second Century

13. Anecdotal History and the Social War

14. SPQR SNAFU: Indiscipline and Internal Conflict in the Late Republic

15. From Slave to Citizen: The Lessons of Servius Tullius

16. The Transformation of the Roman Army in the Last Decades of the Republic

Jeremy Armstrong is a Senior Lecturer in Ancient History at the University of Auckland, New Zealand. He received his BA from the University of New Mexico and his MLitt and PhD from the University of St Andrews. He works primarily on archaic central Italy, and most specifically early Roman warfare. He is the author of War and Society in Early Rome: From Warlords to Generals (2016) and the editor of a number of volumes, including Rituals of Triumph (2013) and Circum Mare: Themes in Ancient Warfare (2016).

is Associate Professor in the Department of History and Classical Studies at McGill University. He received his PhD from The Ohio State University. He writes on Roman political and military history, interstate relations, and Roman and Pre-Roman Italy. He is the author of Between Rome and Carthage: Southern Italy during the Second Punic War (2010).