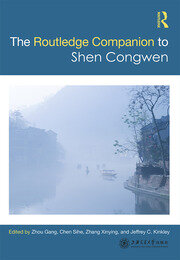 This is itself a translated project. Its Chinese edition appeared in May 2017. The bilingual rendering of the best criticism of Shen Congwen from a global perspective intends to initiate and advance dialogues between Chinese- and English- language scholarly communities. We strive to explore the complexities of “worldwide” images and interpretations of Shen Congwen. By calling attention to the foreign spaces into which overseas Shen Congwens and modern Chinese literature are reborn as world literature, we acknowledge and celebrate the study of Shen Congwen and modern Chinese literature as ongoing and endless cross-cultural dialogues and manifestations.

Survey of Research on Shen Congwen

Research on Shen Congwen in China

Research on Shen Congwen Outside of China

Zhou Gang is Associate Professor at Louisiana State University. She is the author of Placing the Modern Chinese Vernacular in Transnational Literature (2011), and co-editor of Other Renaissances: A New Approach to World Literature (2006). Her articles have appeared in PMLA (Periodicals of the Modern Language Association), MLN (Modern Language Notes), and other journals.

is a Changjiang Scholar at Fudan University, Shanghai, China, and Dean of Fudan Libraries. His major publications include A Holistic View of China’s New Literature. A New History of Contemporary Chinese Literature (chief editor) and Fifteen Lectures on Famous Works of Chinese Modern and Contemporary Literature.