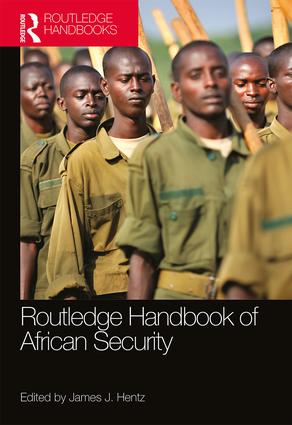 This new Handbook examines the issues, challenges, and debates surrounding the problem of security in Africa.

Africa is home to most of the world's current conflicts, and security is a key issue. However, African security can only be understood by employing different levels of analysis: the individual (human security), the state (national/state security), and the region (regional/international security). Each of these levels provides analytical tools for understanding what could be called the "African security predicament" and these debates are animated by the "new security" issues: immigration, small arms transfers, gangs and domestic crime, HIV/AIDS, transnational crime, poverty, and environmental degradation. African security therefore not only presents concrete challenges for international security but provides a real-world context for challenging conventional conceptions of security.

Drawing together contributions from a wide range of key thinkers in the field, the Routledge Handbook of African Security engages with these debates, and is organized into four parts:

This Handbook will be of great interest to students of African politics, human security, global security, war and conflict studies, peacebuilding, and IR in general.

James J. Hentz is Professor and Chair of the Department of International Studies and Political Science at the Virginia Military Institute. He is the co-editor of New and Critical Security and Regionalism: Beyond the Nation State (2003), editor of Obligation of Empire: U.S. Grand Strategy for a New Century (2004), and author of South Africa and the Logic of Regional Cooperation (2005) and The Nature of War in Africa (forthcoming). He is also editor-in-chief of the leading journal African Security.