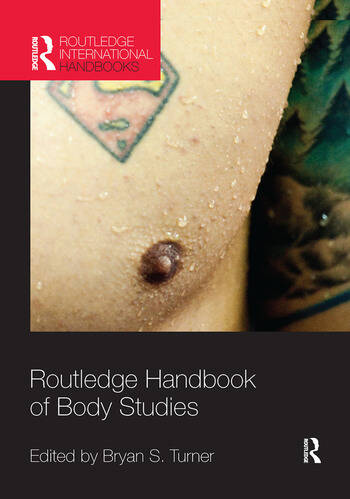 In the last three decades, the human body has gained increasing prominence in contemporary political debates, and it has become a central topic of modern social sciences and humanities. Modern technologies – such as organ transplants, stem-cell research, nanotechnology, cosmetic surgery and cryonics – have changed how we think about the body.

In this collection of thirty original essays by leading figures in the field, these issues are explored across a number of theoretical and disciplinary perspectives, including pragmatism, feminism, queer theory, post-modernism, post-humanism, cultural sociology, philosophy and anthropology. A wide range of case studies, which include cosmetics, diet, organ transplants, racial bodies, masculinity and sexuality, eating disorders, religion and the sacred body, and disability, are used to appraise these different perspectives.

In addition, this Handbook explores various epistemological approaches to the basic question: what is a body? It also offers a strongly themed range of chapters on empirical topics that are organized around religion, medicine, gender, technology and consumption. It also contributes to the debate over the globalization of the body: how have military technology, modern medicine, sport and consumption led to this contemporary obsession with matters corporeal?

The Handbook’s clear, direct style will appeal to a wide undergraduate audience in the social sciences, particularly for those studying medical sociology, gender studies, sports studies, disability studies, social gerontology, or the sociology of religion. It will serve to consolidate the new field of body studies.

Introduction: the Turn of the Body by Bryan S. Turner.  Body, self and society.  1. Simone de Beauvoir and Binaries of the Body by Mary Evans  2. Pragmatism’s Embodied Philosophy: From Immediate Experience to Somaesthetics by Richard Shusterman  3. Norbert Elias and the Body by Mike Atkinson  4. Embodied Practice: Martin Heidegger, Pierre Bourdieu and Michel Foucault by Bryan S. Turner  5. My Multiple Sick Bodies: Symbolic Interactionism, Autoethnography and Embodiment by Ken Plummer  6. Feminist theory: Bodies, Science and Technology by Patricia Ticineto Clough  7. Foucault’s Body by Nikki Sullivan.  What is a body?.  8. Layers or Versions? Human Bodies and the Love of Bitterness by Annemarie Mol  9. Phenomenology and the Body by Nick Crossley  10. Social Constructionism and the Body by Darin Weinberg  11. From Embodied Regulations to Hybrid Ontologies: Questioning Archaeological Bodies by Stratos Nanoglou  12. Social Brains, Embodiment and Neuro-Interactionism by Victoria Pitts-Taylor.  Religion and the body.  13. Relics of Faith: Fleshly Desires, Ascetic Disciplines and Devotional Affect in the Transnational Sathya Sai Movement by Tulasi Srinivas  14. The Body and the Veil by Sonja van Wichelen  15. Recomposing Decimated Bodies by Nurit Stadler.  Medical regimes and the body.  16. Death Signals Life: A Semiotics of the Corpse by Lianna Hart and Stefan Timmermans  17. Beyond the Anorexic Paradigm: Re-Thinking ‘Eating’ Disorders by Susan Bordo  18. Disability, Impairment and the Body by Christopher Faircloth  19. The Body, Social Inequality and Health by Kevin White  20. Health and the Embodiment of the Life Course by Jenny Hockey and Allison James.  Gender, Sexualities and Race.  21. Chinese Male Bodies: A Transnational Study of Masculinity and Sexuality by Travis S.K. Kong  22. Male Bodies, Masculine Bodies, Men’s Bodies: The Need for a Concept of Gex by Jeff Hearn  23. Racialized Bodies by Maxine Leeds Craig.  Technologies and body modification.  24. Getting Work Done: Cosmetic Surgery as Constraint, as Commodity, as Commonplace by Heather Laine Talley  25. Modified Bodies: Texts, Projects and Process by Paul Sweetman  26. Questions of Life and Death: A Genealogy by Tiago Moreira and Paolo Palladino  27. Rejecting the Aging Body by Alex Dumas  28. Conclusion: The Varieties of My Body: Pain, Ethics and Illusio by Arthur W. Frank

Bryan S. Turner is the Presidential Professor of Sociology at the Graduate Center, the City University of New York USA and the Professor of Social and Political Thought at the University of Western Sydney, Australia. His publications include The Body & Society (Sage, 2008) and he edited The Routledge Handbook of Globalization Studies (2010).