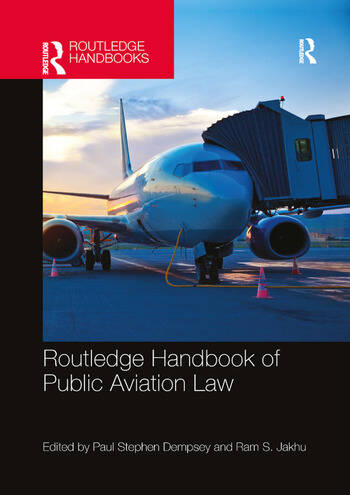 International Law is pervasive in Aviation Law, and is incorporated into a number of major multilateral treaties (e.g., the Chicago Convention of 1944, for Public International Air Law). This is supplemented by various Annexes (promulgated by the International Civil Aviation Organization) and Conventions and Protocols (promulgated by States in diplomatic conferences). States then implement these international obligations in domestic laws that create aviation regulatory administrations that, in turn, promulgate regulations.

Bringing together leading scholars in the field, this prestigious reference work provides a comprehensive and comparative overview of Public Aviation Law. It surveys the state of the discipline including contemporary and emerging areas of law, regulation, and public policy in air transportation. Each chapter begins with an overview of the international law applicable to the subject matter, followed, where appropriate, by a comparative examination of domestic statutes, regulations, and jurisprudence. The objective of the book is to identify and summarize existing areas within the context of international research, and to identify and highlight emerging areas.

Both practical and theoretical in scope, the Routledge Handbook of Public Aviation Law will be of great relevance to scholars, researchers, lawyers, and policy makers with an interest in aviation law.