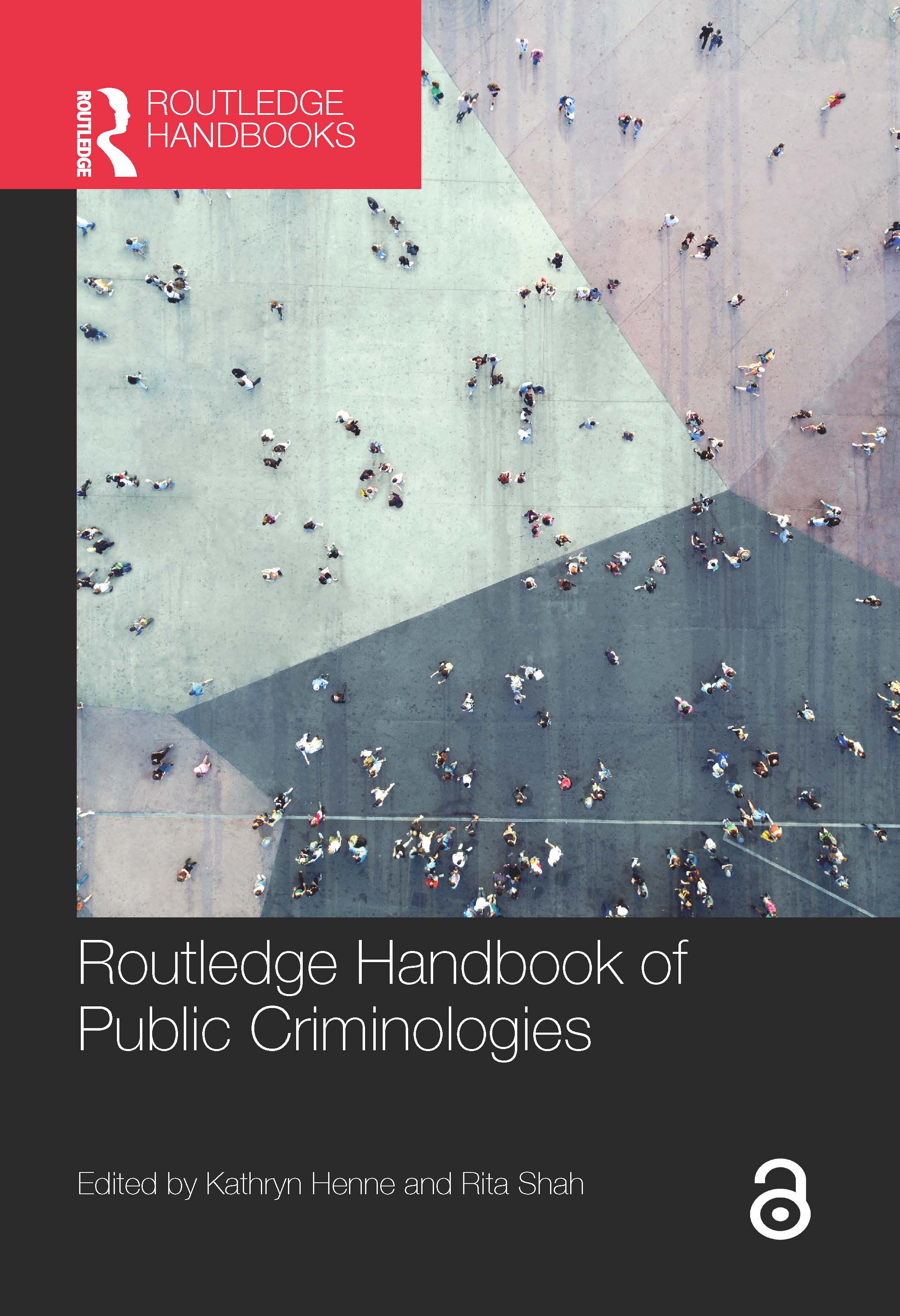 Featuring contributions from scholars from across the globe, Routledge Handbook of Public Criminologies is a comprehensive resource that addresses the challenges related to public conversations around crime and policy. In an era of fake news, misguided rhetoric about immigrants and refugees, and efforts to toughen criminal laws, criminologists seeking to engage publicly around crime and policy arguably face an uphill battle. This handbook outlines the foundations of and developments in public criminology, underscoring the need to not only understand earlier ideas and debates, but also how scholars pursue public-facing work through various approaches. The first of its kind, this collection captures diverse and critical perspectives on the practices and challenges of actually doing public criminology.

The book presents real-world examples that help readers better understand the nature of public criminological work, as well as the structural and institutional barriers and enablers of engaging wider audiences. Contributors address policies around crime and crime control, media landscapes, and changing political dynamics. In examining attempts to bridge the gaps between scholarship, activism, and outreach, the essays featured here capture important tensions related to inequality and social difference, including the ways in which criminology can be complicit in perpetuating inequitable practices and structures, and how public criminology aims—but sometimes fails—to address them.

The depth and breadth of material in the book will appeal to a wide range of academics, students, and practitioners. It is an important resource for early career researchers, more established scholars, and professionals, with accessible content that can also be used in upper-level undergraduate classes.

The Routledge Handbook of Public Criminologies provides an exciting global and critical accounting of many topics related to public criminologies, including much-needed analyses by scholars from the Global South.

Public criminology is where the action is, as this wonderfully diverse, richly detailed, and up-to-the-minute handbook makes clear. The chapters and authors are well-chosen, providing concrete examples and inspiring big-picture visions. The Routledge Handbook of Public Criminologies is an invaluable compendium and reference for students, scholars, and practitioners.

Foundational knowledge of public criminology coupled with critical perspectives on its practice makes this an essential handbook for changemakers desiring to make their criminological learning relevant in the real world.

With this wide-ranging and involving book, the debate on public criminologies has decisively moved on. Kathryn Henne and Rita Shah have assembled a richly varied set of contributions. These essays address the question of criminology's public roles from a wide and challenging range of positions, places, and perspectives. A debate that threatened to become repetitious and introspective has again turned outwards and become more open and more contemporary.

Foreword. The State of Public Criminology: Progress and Challenges

The Emergence of Public Criminologies

1. Everything Still to Play for: Revisiting "Public Criminologies: Diverse Perspectives on Academia and Policy"

4. The Challenge of Transformative Justice: Insurgent Knowledge and Public Criminology

6. A Revolution in Prosecution: The Campaign to End Mass Incarceration in Philadelphia

7. Reflections from an Accidental Public Scholar

8. Engaging the Public: Access to Justice for the Most Vulnerable

9. Public Feminist Criminologies: Reflections on the Activist-Scholar in Violence Against Women Policy

10. Limits of Visibility in the Struggle for Abortion Rights: Reflection from Latin America

11. Strangers Within: Carving Out a Role for Engaged Scholarship in the University Space

12. The Push and Pull of Going "Public": Barriers and Risks to Mobilizing Criminological Knowledge

14. A Case for a Public Pacific Criminology?

15. The Challenges of Academics Engaging in Environmental Justice Activism

16. You’re a Criminologist? What Can You Offer Us? Interrogating Criminological Expertise in the Context of White Collar Crime

17. "Our North is the South": Lessons from Researching Police-Community Encounters in São Paulo and Los Angeles

18. Confronting Politics of Death in Papua

19. Rethinking How "the Public" Counts in Public Criminology

20. Does the Public Need Criminology?

21. Starting the Conversation in the Classroom: Pedagogy as Public Criminology

22. You are on Indigenous Land: Acknowledgment and Action in Criminology

23. Time to Think about Patriarchy? Public Criminology in an Era of Misogyny

25. Abolitionism as a Philosophy of Hope: "Inside-outsiders" and the Reclaiming of Democracy

Kathryn Henne is Professor of Regulation and Governance at the Australian National University. Her work focuses on the interface between deviance, technologies of policing, and inequality. She is the author of Testing for Athlete Citizenship: Regulating Doping and Sex in Sport (2015) and co-editor (with Blayne Haggart and Natasha Tusikov) of Information, Technology and Control in a Changing World (2019).

Rita Shah is an Assistant Professor of Criminology at Eastern Michigan University. Her research examines the ways in which correctional systems are socially and legally constructed and critically analyses criminological methods and pedagogy. She is the author of The Meaning of Rehabilitation and its Impact on Parole: There and Back Again in California (Routledge, 2017), which queries the concept of rehabilitation to determine how, on a legislative and policy level, the term is defined as a goal of correctional systems.