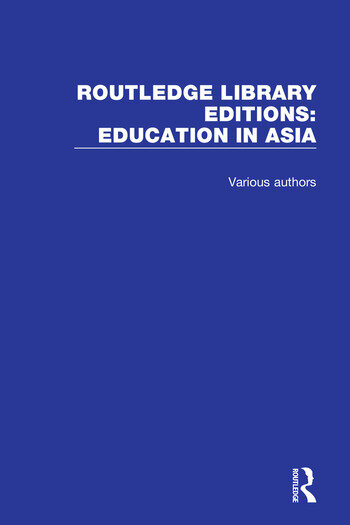 This set of reissued books examines education in Asia from a variety of different angles. From the westernisation of early twentieth century Chinese education, to the impact of the Communist revolution, to education and society in Korea, to Asian women’s experiences of education – this set collects some key texts by a range of original thinkers.