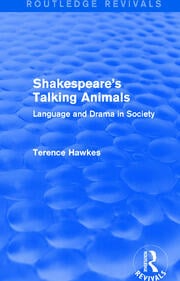 First published in 1973, this book is about Shakespeare, language and drama. The first part introduces some common ideas of anthropology and linguistics into an area where they serve as a base for the discussion of usually literary matters. It attempts to link language to our experience of speech — examining its range, texture, and social functions. In part two, the author argues that in Elizabethan culture there was a greater investment in the complexities and demands of speech due to the widespread illiteracy of the time. It examines eight of Shakespeare’s plays, together with one of Ben Jonson’s, in light of their concern with various aspects of the role of spoken language in society.