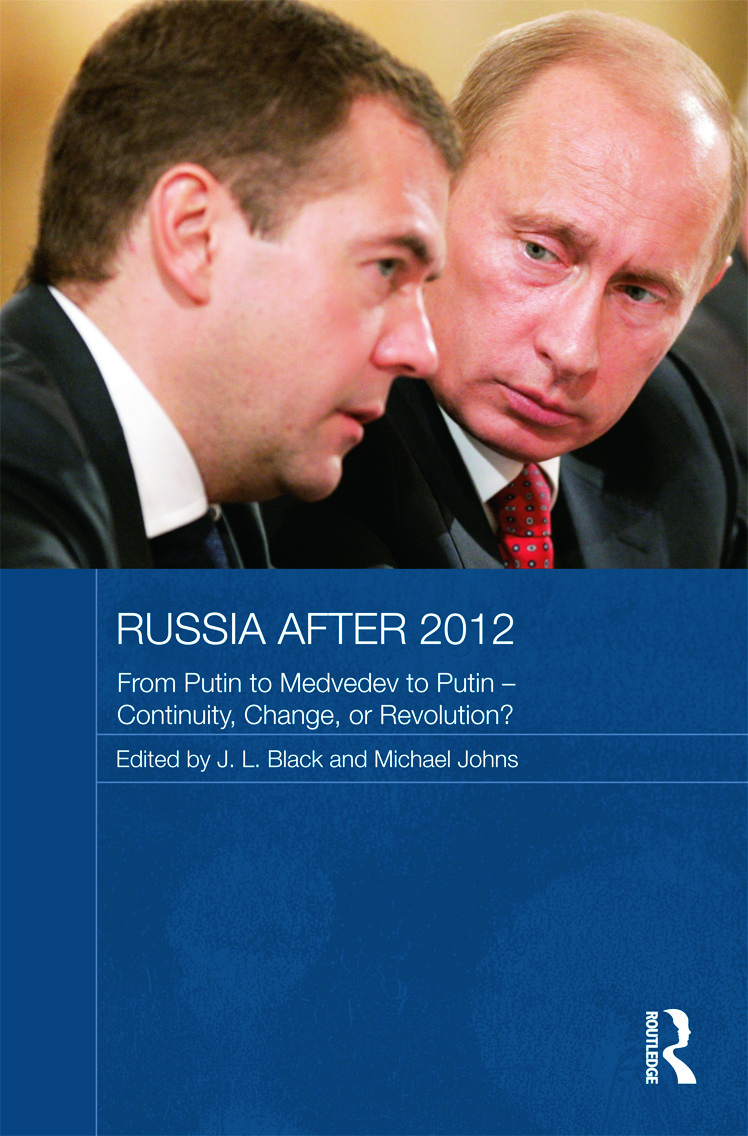 From Putin to Medvedev to Putin – Continuity, Change, or Revolution?, 1st Edition

This book provides an overview of the state of Russia after the 2012 presidential election. It considers a wide range of both domestic and international issues, examining both the run up to and the consequences of the election. It covers political, economic, and social topics. It assesses the political scene both before and after the election, and discusses the nature of and likely future of democracy in Russia. The election’s impact on the Russian economy is discussed in detail, as are Russia’s relationships with the United States, the European Union, and other parts of the world.

J.L. Black is the Director of the Centre for Research on Canadian-Russian Relations and an Emeritus Professor of Carleton University, Canada.

The editors were assisted by Alanda D. Theriault, Lecturer in Liberal Arts and Humanities at Georgian College and Humber College Business School, and Assistant Editor for Research in Canadian-Russian Relations at Laurentian University.