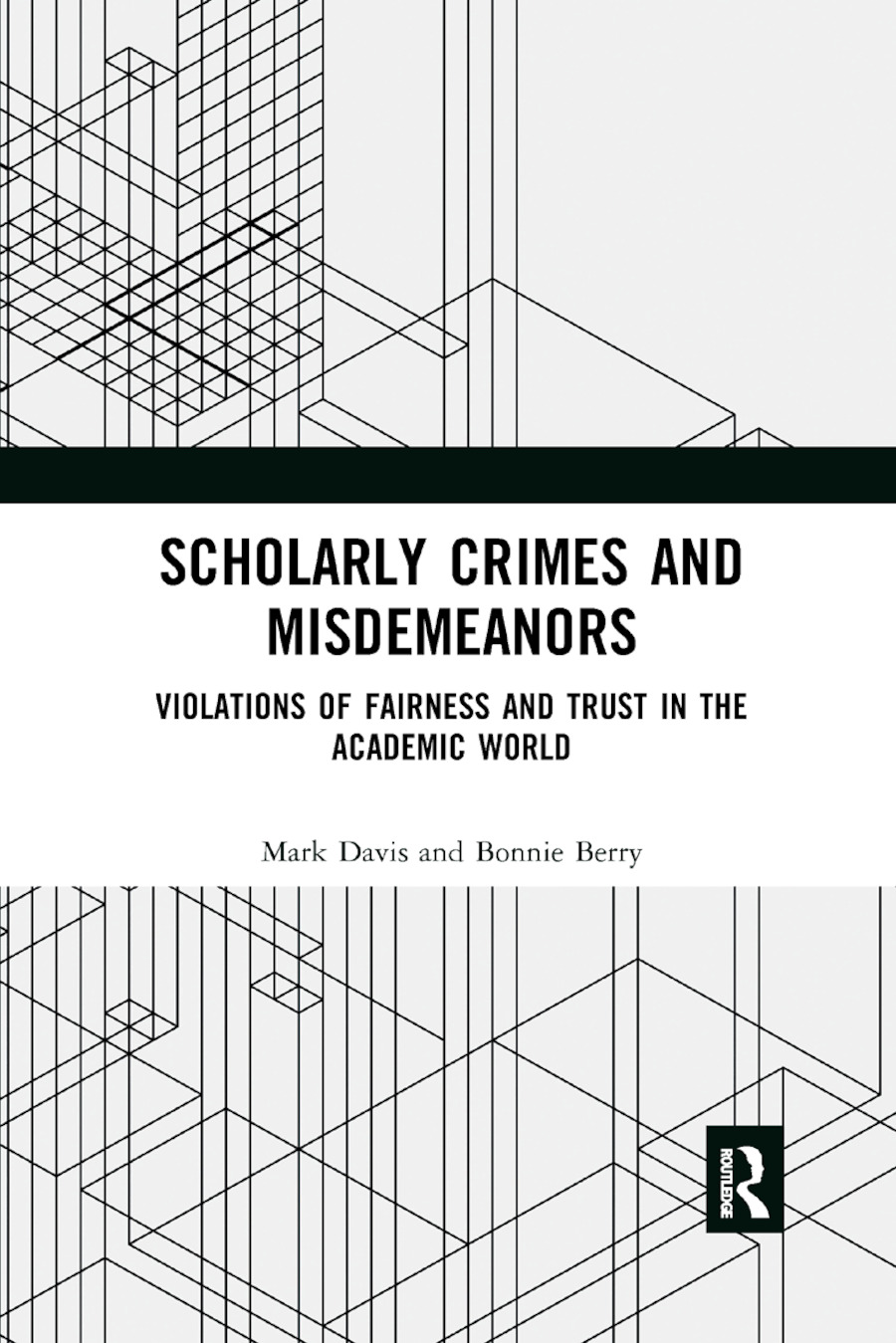 Violations of Fairness and Trust in the Academic World, 1st Edition

This book explores the problem of scientific dishonesty and misconduct – a problem that affects all disciplines, yet whose extent remains largely unknown and for which established standards for reporting, prevention, and punishment are absent. Presenting examples of research misconduct, the authors examine the reasons for its occurrence and address the experience of victimization that is involved, together with the perpetrators’ reactions to being accused. With consideration of the role of witnesses and bystanders, such as book and journal editors and reviewers, students and professional organizations, the book covers the many forms of academic misconduct, offering a theorization of the phenomenon in criminological terms as a particular form of crime, before examining the possibilities that exist for the prevention and control of scholarly crime, as well as implications for further research. An accessible treatment of a problem that remains largely hidden, Scholarly Crimes and Misdemeanors will appeal to readers across disciplines, and particularly those in the social sciences with interests in academic life, research ethics and criminology.

Preface: Help! My Brainchild’s Been Kidnapped!

2. The World of Scholarship: Rituals and Rewards, Norms and Departures

8. Implications for Theory and Research

Afterword: Against All Odds, a Code Is Born

Appendix: Others’ Stories of Scholarly Misconduct

Mark S. Davis is a social scientist whose scholarship has appeared in such journals as the Journal of Research on Adolescence, Social Psychiatry and Psychiatric Epidemiology, Journal of Criminal Justice, and Science and Engineering Ethics. He is the author of The Concise Dictionary of Crime and Justice, 2nd Edition and The Role of State Agencies in Translational Criminology: Connecting Research to Policy. Mark holds a PhD in sociology from Ohio State University where he maintains an affiliation with the Criminal Justice Research Center.

is the Director of the Social Problems Research Group, USA and formerly university faculty. Her areas of research interest include appearance bias, animal rights, academic misconduct and ethical violations, and all measures of social inequality. She is the author of Social Rage: Emotion and Cultural Conflict, Beauty Bias: Discrimination and Social Power and The Power of Looks: Social Stratification of Physical Appearance and numerous research articles on a range of social problems topics. Her most recent work, Physical Appearance and Crime: How Appearance Affects Crime and the Crime Control Process, is forthcoming in 2018. She is the recipient of the Inconvenient Woman of the Year Award (Division of Women and Crime, American Society of Criminology), the Herbert Bloch Award, and the Mentor of Mentors Award (the latter two from the American Society of Criminology).