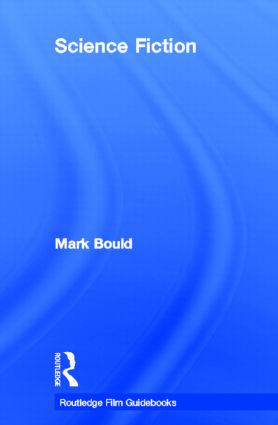 Science Fiction explores the genre from 1895 to the present day, drawing on examples from over forty countries. It raises questions about the relationship between science fiction, science and technology, and examines the interrelationships between spectacle, narrative and self-reflexivity, paying particular attention to the role of special effects in creating meaning and affect. It explores science fiction’s evocations of the sublime, the grotesque, and the camp, and charts the ways in which the genre reproduces and articulates discourses of colonialism, imperialism and neo-liberal globalization. At the same time, Science Fiction provides a thorough analysis of the genre’s representation of race, class, gender and sexuality, making this text an essential guide for students, academics and film fans alike.

'Its scope is amazing….It seems as if Bould has seen every science-fiction film ever made—and also, even more impressively, that he vividly remembers pretty much everything that he has seen…..There is something wonderfully manic about how the book works through its argument… Mark Bould’s account of sf cinema is so rich, and so cognitively and affectively estranging, that it approaches the status of a superior sf text in its own right. While obviously a work of criticism need not mimic the condition of that which it examines and to which it refers—and indeed, the attempt to do so is often fraught with peril—I think that in this case Bould has succeeded. Once I started reading, I found the book difficult to put down; and I quickly populated my Netflix queue with many of the films described in its pages that I had not already seen. In what other text can one peruse an account of orgiastic gender-role reversals in British psychedelic fantasies of the 1960s and 1970s, followed in the space of just a few pages by a summary of the alienating, depressing, and sterile “non-spaces” of neoliberal late modernity, as described by the anthropologist Marc Augé? Mark Bould has produced a consummate work of careful and sober scholarship, one that at the same time induces in the reader a condition of dizziness and delirium.' Steven Shaviro, Science Fiction Studies