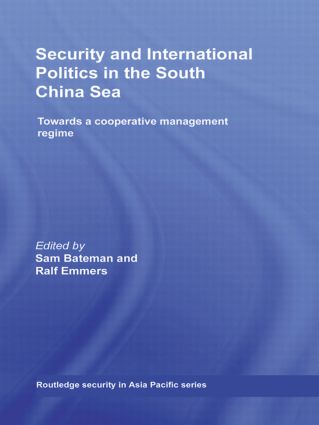 Security and International Politics in the South China Sea

The South China Sea has long been regarded as a major source of tension and instability in East Asia. Managing the risk of possible conflict over disputed claims in the South China Sea has been a significant challenge for regional relations. This book explores international politics and security in the South China Sea. It outlines the history of the South China Sea disputes, and the efforts that have been made to resolve these, assessing the broader strategic significance of the region for major geopolitical powers. In addition, new challenges have emerged of resource management, environmental protection, and most recently, of the security and safety of shipping against the threats of piracy and maritime terrorism. The book discusses the convergence of traditional and non-traditional security issues now appearing to provide a basis for co-operation in the South China Sea. It shows how the challenge of establishing co-operative relations is now being met, largely through agreement between the Association of Southeast Asian Nations (ASEAN) and China in 2002 on the Declaration on the Conduct of Parties in the South China Sea, and a range of recent measures for functional co-operation.

Sam Bateman is a Senior Fellow and Adviser to the Maritime Security Program at the S. Rajaratnam School of International Studies (RSIS) in Singapore, and Adjunct Professorial Research Fellow at the Australian National Centre for Ocean Resources and Security at the University of Wollongong. He retired from full-time service in the Royal Australian Navy with the rank of Commodore (one-star) in 1993. He has written extensively on defence and maritime issues in Australia, the Asia-Pacific and Indian Ocean, and was awarded his PhD from the University of NSW in 2001.

Ralf Emmers is Associate Professor and Head of Graduate Studies at the S. Rajaratnam School of International Studies (RSIS), Nanyang Technological University (NTU), Singapore. His research interests are in security studies, international institutions in the Asia- Pacific, and the international relations of Southeast Asia. His publications include Cooperative Security and the Balance of Power in ASEAN and the ARF (2003) and Non-Traditional Security in the Asia-Pacific: The Dynamics of Securitization (2004). He is also the co-editor of Order and Security in Southeast Asia: Essays in Memory of Michael Leifer (2006) and Understanding Non-Traditional Security in Asia: Dilemmas in Securitization (2006).