Security and Privacy in Internet of Things (IoTs)
Models, Algorithms, and Implementations 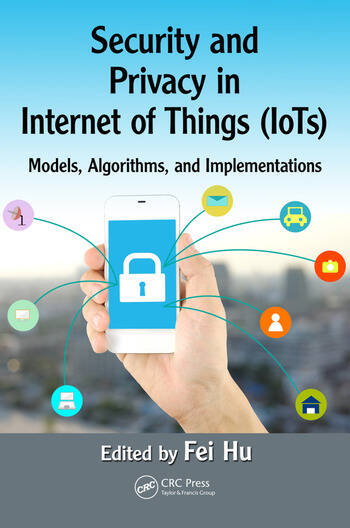 Security and Privacy in Internet of Things (IoTs): Models, Algorithms, and Implementations

The Internet of Things (IoT) has attracted strong interest from both academia and industry. Unfortunately, it has also attracted the attention of hackers. Security and Privacy in Internet of Things (IoTs): Models, Algorithms, and Implementations brings together some of the top IoT security experts from around the world who contribute their knowledge regarding different IoT security aspects. It answers the question "How do we use efficient algorithms, models, and implementations to cover the four important aspects of IoT security, i.e., confidentiality, authentication, integrity, and availability?"

The book consists of five parts covering attacks and threats, privacy preservation, trust and authentication, IoT data security, and social awareness. The first part introduces all types of IoT attacks and threats and demonstrates the principle of countermeasures against those attacks. It provides detailed introductions to specific attacks such as malware propagation and Sybil attacks. The second part addresses privacy-preservation issues related to the collection and distribution of data, including medical records. The author uses smart buildings as an example to discuss privacy-protection solutions.

Fei Hu is a professor in the Department of Electrical and Computer Engineering at the University of Alabama, Tuscaloosa. He earned his PhDs at Tongji University, Shanghai, China, in the field of signal processing in 1999, and at Clarkson University, New York, in electrical and computer engineering in 2002. He has published over 200 journal/conference papers and books. Dr. Hu’s research has been supported by the U.S. National Science Foundation, Cisco, Sprint, and other sources. His research expertise may be summarized as 3S: security, signals, and sensors. Recently, he has focused on cyberphysical system security and medical security issues.