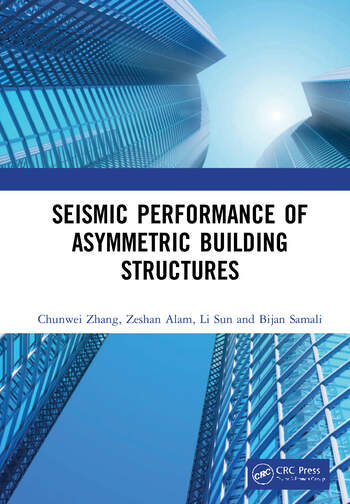 This work's comprehensive evaluations are carried out with modern sensing techniques planned with meticulous attention to cover objectives with a particular focus on asymmetry in reinforced concrete and steel structures. It assesses various aspects of asymmetric building structures that are rarely dealt with in the current literature. It gathers fruitful information from various building design codes and explains their limitations in addressing damage-related challenges, which is not only useful for practicing engineers but also for academics.

The book will be invaluable for experts, researchers, students and practitioners from relevant areas, as well as for emergency preparedness managers.

Chunwei Zhang obtained his PhD degree from Harbin Institute of Technology in 2005. From 2005 to 2007, he was a research associate in Harbin Institute of Technology; From 2007 to 2010 he was an Assistant Professor at Harbin Institute of Technology. From 2010 to 2015, he was a senior lecturer at Western Sydney University. He is currently a Professor at Qingdao University of Technology and Director of the Structural Vibration Control group. He has also served as the Secretary-general for the Young Researcher's Forum at the 14th World Conference on Earthquake Engineering, and as committee member of the Dynamics and Control Division of American Society of Civil Engineer (ASCE). He has been in charge of and has participated in several major research programs, including general projects from National Science Foundation of China (NSFC), Key Technology R&D and 863 discovery and 973 major fundamental programs from Ministry of Science and Technology of China as well as industry grants etc. He was also the external assessor for National Science Foundation of China. His research interests include structural control, blast resistance and protective engineering. He has been awarded the first grade prize for Science and Technology Progress in 2009 by China Ministry of Education, and the Japan Society of Seismic Isolation (JSSI) award in 2004, and the best paper award for the eleventh international symposium on Structural Engineering.

Li Sun obtained her PhD degree in 2006 from Dalian University of Technology. She is currently a Professor at the School of Civil Engineering, Shenyang Jianzhu University, China. Her research interests are structural health monitoring, damage identification and applications of intelligent materials in civil engineering.

Bijan Samali obtained his PhD degree in 1984 from George Washington University, USA. He is currently the Director of Centre for Infrastructure Engineering at Western Sydney University, Australia. Prior to joining Western Sydney University, Professor Samali held a Personal Chair in Structural Engineering at UTS since 1999. He is the author or co-author of over 500 scholarly publications (including over 150 journal publications), on a wide range of topics in the areas of structural engineering, structural dynamics, vibration and motion control, wind and earthquake engineering, bridge engineering, damage detection and health monitoring of structures including keynote addresses and invited papers. More recently, he has also focused on concrete technology and pavement engineering with particular emphasis on developing new, green and sustainable concrete and pavements with superior properties including geopolymer and self-compacting concrete. He has also been involved with several major projects as a specialist consultant over the years. 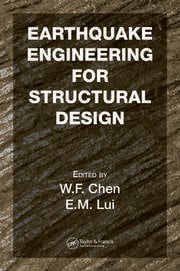