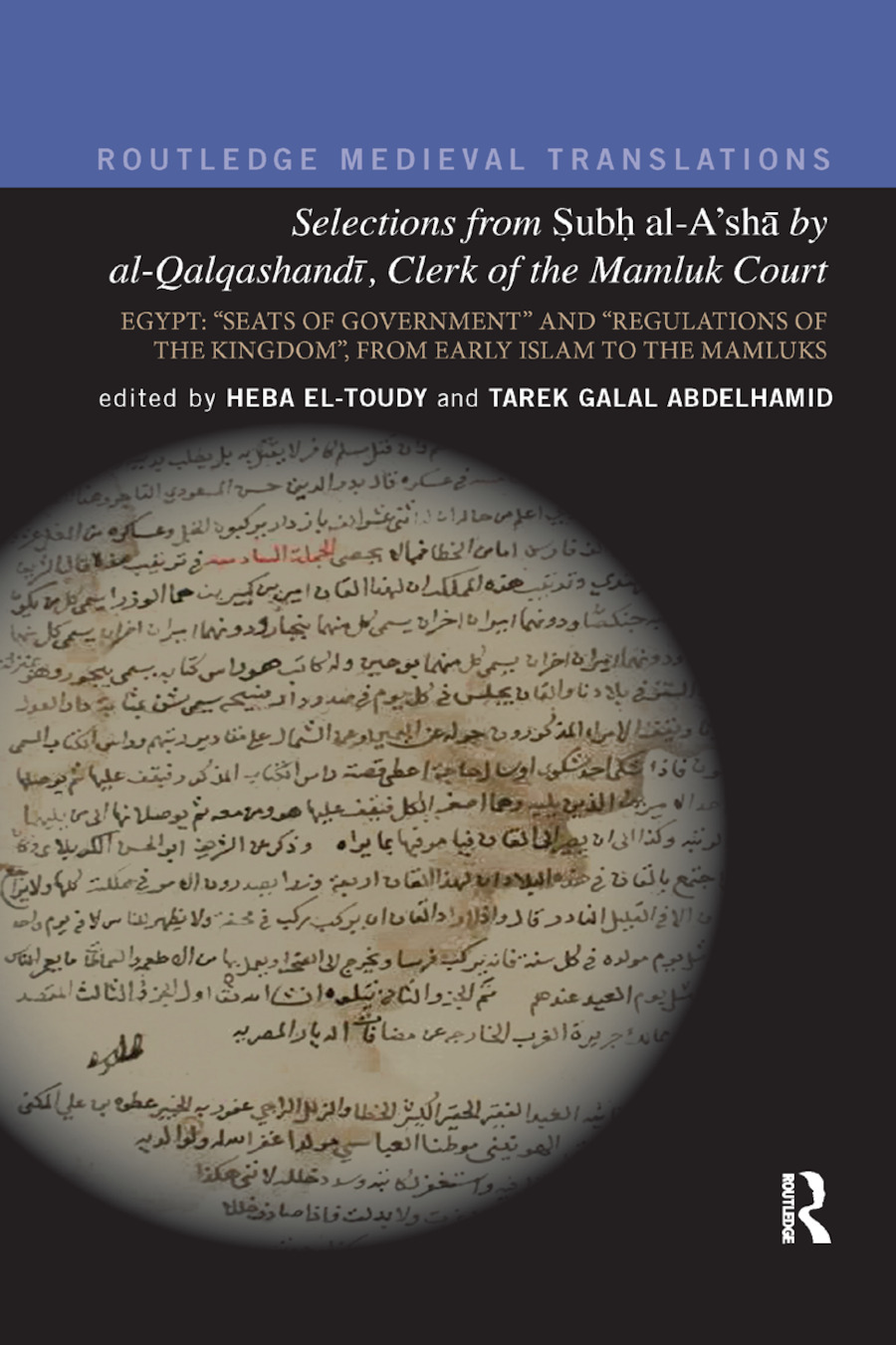 Selections from Subh al-A'sha by al-Qalqashandi, Clerk of the Mamluk Court

Egypt: �Seats of Government� and �Regulations of the Kingdom�, From Early Islam to the Mamluks, 1st Edition

by al-Qalqashandī is a manual for chancery clerks completed in 1412 and a vital source of information on Fatimid and Mamluk Egypt which, for the first time, has been translated into English.

The text provides valuable insight into the Mamluk and earlier Muslim eras. The selections presented in this volume describe Cairo, Fustat and the Cairo Citadel and give a detailed picture of the Fatimid (AD 969–1172), Ayyubid (AD 1172-1250) and Mamluk (AD 1250–1412) court customs, rituals and protocols, and depict how the Mamluk Sultanate was ruled. It also contains a wealth of details covering the geography, history and state administration systems of medieval Egypt. An introduction preceding the translation contextualizes al-Qalqashandī’s role and manu□script, as well as introducing the man himself, while detailed notes accompany the translation to explain and elaborate on the content of the material. The volume concludes with an extensive glossary of terms which forms a mini-encyclopaedia of the Fatimid and Mamluk periods.

This translation will be a valuable resource for any student of medieval Islamic history.

Part I - The Seats of Government

A - The First Seat of Government – Fustat

B- The Second Seat of Government – Cairo

C- The Third Seat of Government – The Citadel

Part II - The Regulation of the Kingdom

A- The First Status – Rulers Appointed by the Caliphate

B- The Second Status –The Fatimids

is an independent researcher and translator.