Senses of Place: Senses of Time 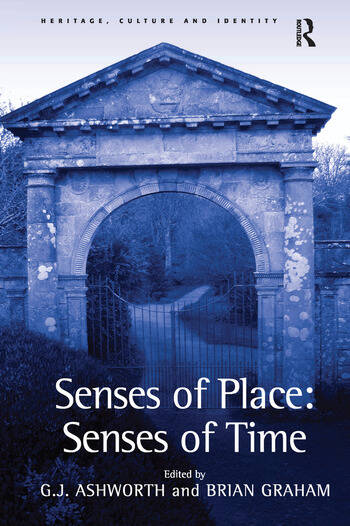 Senses of Place: Senses of Time

Bringing together case studies from Ireland, the Netherlands, Canada, Germany and Mexico, this book examines the link between senses of place and senses of time. It suggests that not only do place identities change through time, but imagined pasts also provide resources which the present selects and packages for its own contemporary purposes and for forwarding to imagined futures. The reasons behind the creation of place image are also explored, setting them within political and social contexts. In its three main sections - Heritage in the Creation of Senses of Place; Heritage and Conflicting Identities; and Heritage and the Creation of Senses of Place - the book examines the creation of place identities at the urban, rural, regional and international scales. It questions how senses of place interact with senses of ethnic/cultural identity, what the roles of government, media, residents and tourists are in creating senses of place, and how and why all these variables change through time.

’This book’s editors are established masters of the field. Here they have produced a well-timed milestone in developing thought on the relationship between heritage and an evolving sense of place. The case studies are well balanced between their established locations of expertise and other countries where a sense of place is in particularly active negotiation. The book will prove a valuable addition to the literature on heritage and its relationship to planning and tourism.’ Professor John E. Tunbridge, Carleton University, Canada ’The central focus, that heritage is the crucial process linking a sense of time with a sense of place, ensures that Ashworth and Graham’s book is required reading for all heritage scholars and practitioners, not geographers alone. The questions are: How is place identity made? Who makes it? And who consumes it? The examples may come largely from the Netherlands and Ireland, but the ideas apply universally.’ Peter J. Howard, Visiting Professor, Bournemouth University, UK and Editor International Journal of Heritage Studies ’...Senses of Place: Senses of Time is much more than just a collection of fine essays and case studies; it is an inspiring book that brings interdisciplinary perspectives and gives to the symbolic dimensions a well deserved, central place...I would not be surprised if this fine collection became a reference in its topic...In sum, this fine book will appeal to scholars and even undergraduate students in history, ethnicity, tourism, museology, heritage studies and social theory...I recommend any scholar in geography or cultural studies be aware of this book.’ Journal of Heritage Tourism