Sexuality, Religion and the Sacred
Bisexual, Pansexual and Polysexual Perspectives 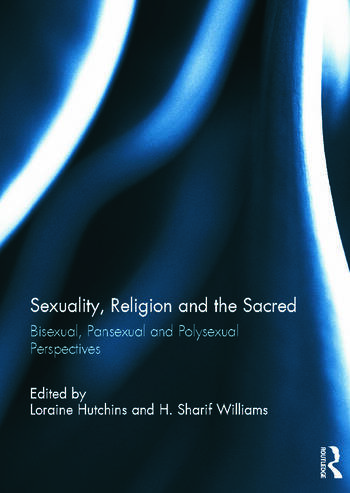 Sexuality, Religion and the Sacred: Bisexual, Pansexual and Polysexual Perspectives

Sexuality, Religion and the Sacred is a thoughtful collection of bisexual, polysexual and pansexual scholarship on religion and spirituality. It examines how religious and spiritual traditions address sexuality, whilst also exploring the ways in which bisexually-, polysexually-, and pansexually-active people embrace religious and spiritual practice. The volume offers a comprehensive analysis of these prevalent themes by focusing on five main areas of discussion: Christian and Unitarian Discourses; Indigenous and Decolonizing Spiritual Discourses; Feminist Spiritual Discourses; Buddhist Discourses; and Neo/Pagan Discourses.

Sexuality, Religion and the Sacred offers an accessible yet scholarly treatment of these topics through a collection of critical essays by academics of theology, humanities, cultural studies and social sciences, as well as sexology professionals and clergy from various faith and spiritual traditions. It gives readers an insight into the intersection of sexualities and spiritualities, and attempts to disrupt this very dichotomy through its careful consideration of a wide variety of discourses.

This book was originally published as a special issue of the Journal of Bisexuality.

Loraine Hutchins teaches inter-disciplinary sexuality studies. Her 2001 Cultural Studies doctoral dissertation documented contemporary U.S. sacred sexualities, particularly those with a queer feminist focus. She co-edited Bi Any Other Name: Bisexual People Speak Out, which was awarded a '100 best LGBT books of the 20th century' award by Lambda Book Review. She is a national leader in the U.S. bisexual movement, as well as an independent scholar writing on sexuality and spirituality issues.

H. Sharif Williams is a clinical sociologist, sexologist, educator, and cultural theorist, and is the founder of Black Funk: The Center for Culture, Sexuality, and Spirituality, USA. Under his spiritual name Herukhuti, he is the author of Conjuring Black Funk: Notes on Culture, Sexuality, and Spirituality, Volume 1. He is a faculty member at Goddard College, USA. An initiate and practitioner of African wisdom traditions since the age of fourteen, he is spiritual godfather, advisor and teacher to various practitioners around the world and keeper of the Shrine of Sekhmet and Heruhet, USA.

'...an abundant source of examples of bisexual spiritual experience and practice...'

'This volume succeeds in showing that individuals situated in major world religions, as well as adherents of alternative spiritualities, are seeking to generate discussion of its implications. Building on the editors’ own earlier work on bisexuality, notably Hutchins’ 1991 anthology Bi Any Other Name, the volume seeks to bring a range of voices and perspectives into the conversation.'
-Susannah Cornwall, University of Manchester, in Religion and Gender, vol 2 no 2

'As religions worldwide continue to struggle with homosexuality, a new book enters the fray, addressing sexualities that do not fit into the mainstream dichotomous thinking that limits sexuality to ‘hetero’ and ‘homo’. This energetic anthology of writing, originally published in the Journal of Bisexuality, successfully challenges assumptions by introducing readers to a brave new ‘post-dichotomous’ world that ceases to place sexualities and the sacred in radical opposition to each other. The book not only challenges heterosexual readers to recognise the diversity of sexuality and spirituality, but also acts as a timely reminder to those in the lesbian and gay community who fail to hear the voices of bisexual, pansexual and polysexual people.'

'As religions grapple with the issue of same-sex marriage, same-sex parenting and openly gay religious leaders, this timely book asks us to widen the debate and, indeed, our hearts and understandings, to that of bisexual, pansexual and polysexual perspectives. While gay affirming Christianity appears to be suffering from homosexism – the assumption that all same-sex attracted individuals are not bisexual – this collection of writing acts as a lighthouse leading us to greater understanding and embracing of nontraditional sexual and spiritual identities. This book is a valuable addition to contemporary theological and sociological scholarly writing.'
-Luke Benjamin Gahan, La Trobe University, in Culture, Health & Sexuality, Oct 2012

'If we are of the view that a multitude of perspectives are necessary to reflect human experience and to help build up a collective truth of some sort, this book is useful and can even be considered necessary. I found that it was also revealing and inspiring in places.'
-David Woolwine, Hofstra University, in the ALA's GLBTRT Newsletter, vol 24 no 3