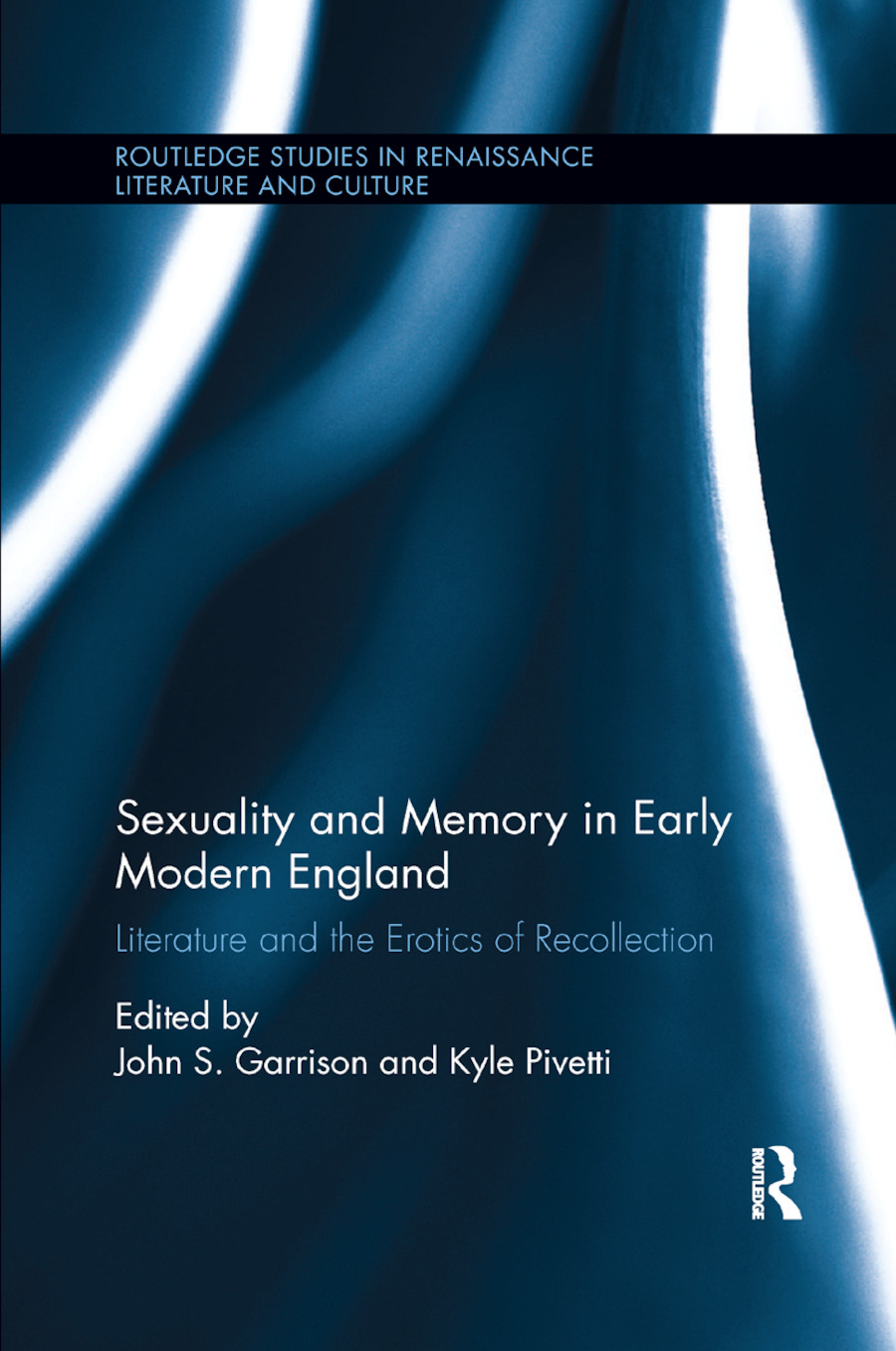 Literature and the Erotics of Recollection, 1st Edition

John Garrison is Associate Professor of English at Carroll University, USA. He is the author of Friendship and Queer Theory in the Renaissance (Routledge, 2014) and Glass (2015). His essays have appeared in Exemplaria, Literature Compass, Milton Quarterly, and Studies in Philology. He has held fellowships from the American Philosophical Society, Folger Shakespeare Library, and National Endowment for the Humanities.

Kyle Pivetti is Assistant Professor of English at Norwich University, USA. He is the author of Of Memory and Literary Form: Making the Early Modern Nation (2015). His essays have appeared in the journals Modern Philology and the edited collection Mapping Gendered Routes and Spaces in the Early Modern World (2015).