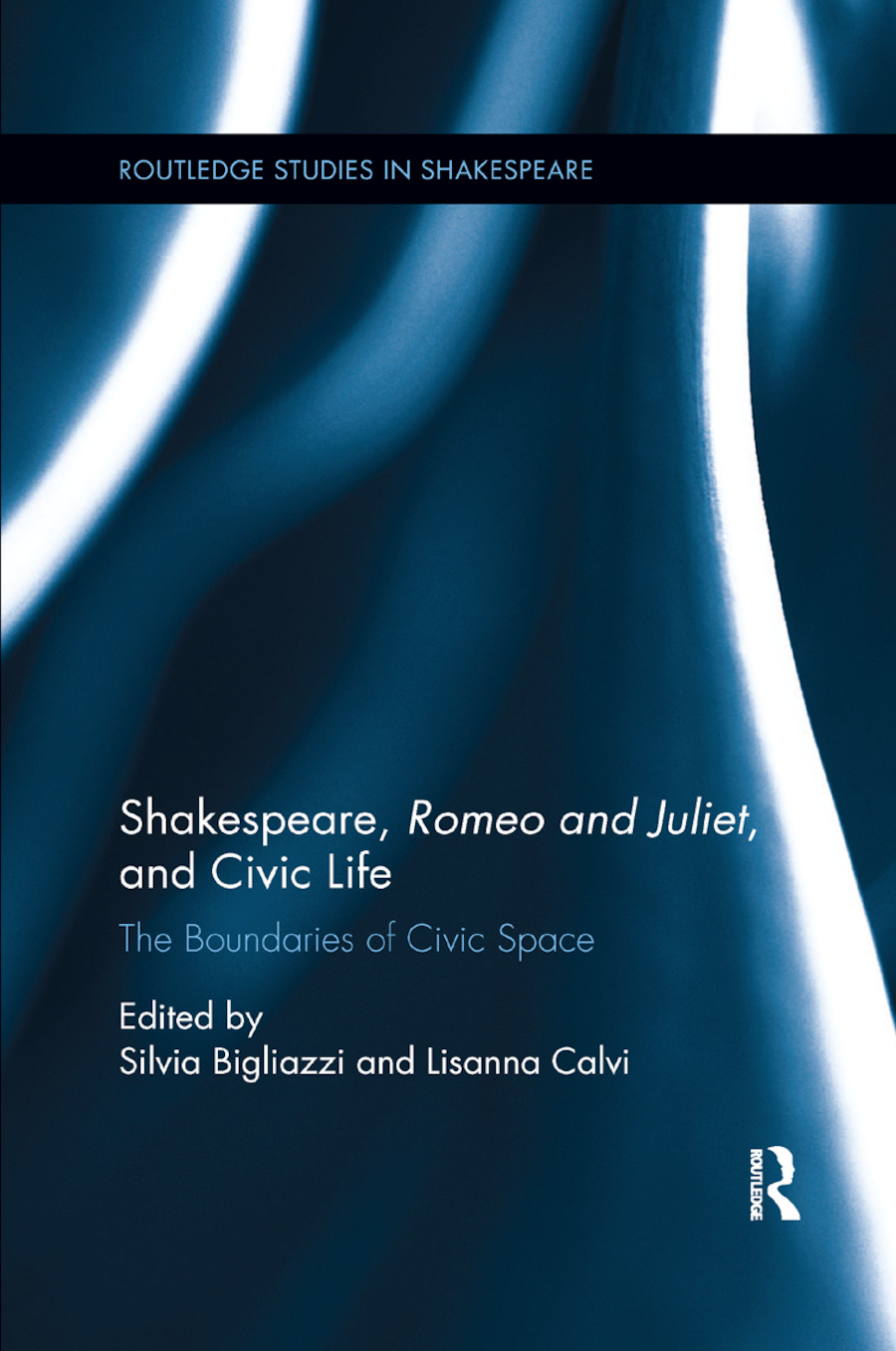 This volume introduces ‘civic Shakespeare’ as a new and complex category entailing the dynamic relation between the individual and the community on issues of authority, liberty, and cultural production. It investigates civic Shakespeare through Romeo and Juliet as a case study for an interrogation of the limits and possibilities of theatre and the idea of the civic. The play’s focus on civil strife, political challenge, and the rise of a new conception of the individual within society makes it an ideal site to examine how early modern civic topics were received and reconfigured on stage, and how the play has triggered ever new interpretations and civic performances over time. The essays focus on the way the play reflects civic life through the dramatization of issues of crisis and reconciliation when private and public spaces are brought to conflict, but also concentrate on the way the play has subsequently entered the public space of civic life. Set within the fertile context of performance studies and inspired by philosophical and sociological approaches, this book helps clarify the role of theatre within civic space while questioning the relation between citizens as spectators and the community. The wide-ranging chapters cover problems of civil interaction and their onstage representation, dealing with urban and household spaces; the boundaries of social relations and legal, economic, political, and religious regulation; and the public dimension of memory and celebration. This volume articulates civic Romeo and Juliet from the sources of genre to contemporary multicultural performances in political contact-zones and civic ‘Shakespaces,’ exploring the Bard and this play within the context of communal practices and their relations with institutions and civic interests.

is Lecturer of English Literature at the University of Verona. She is author of a book on Restoration tragedy (Kingship and Tragedy, 2005) and on James II (La corona e la Croce, 2009) and she has edited Memoria, maliconia e autobiografia dello spirito (Pacini 2012) and co-edited Revisiting The Tempest: The Capacity to Signify (Palgrave, 2014).