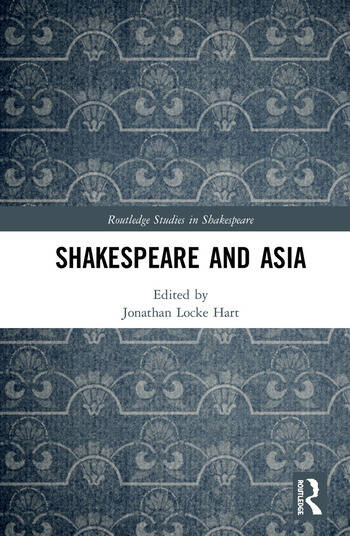 Shakespeare and Asia brings together innovative scholars from Asia or with Asian connections to explore these matters of East-West and global contexts then and now. The collection ranges from interpretations of Shakespeare’s plays and his relations with other authors like Marlowe and Dickens through Shakespeare and history and ecology to studies of film, opera or scholarship in Japan, Russia, India, Pakistan, Singapore, Taiwan and mainland China. The adaptations of Kozintsev and Kurosawa; Bollywood adaptations of Shakespeare’s plays; different Shakespearean dramas and how they are interpreted, adapted and represented for the local Pakistani audience; the Peking-opera adaptation of Hamlet ; Féng Xiǎogāng’s The Banquet as an adaptation of Hamlet; the ideology of the film, Shakespeare Wallah. Asian adaptations of Hamlet will be at the heart of this volume. Hamlet is also analyzed in light of Oedipus and the Sphinx. Shakespeare is also considered as a historicist and in terms of what influence he has on Chinese writers and historical television. Lear is Here and Cleopatra and Her Fools, two adapted Shakespearean plays on the contemporary Taiwanese stage, are also discussed. This collection also examines in Shakespeare the patriarchal prerogative and notion of violence; carnival and space in the comedies; the exotic and strange; and ecology. The book is rich, ranging and innovative and will contribute to Shakespeare studies, Shakespeare and media and film, Shakespeare and Asia and global Shakespeare.

I: On Shakespeare’s Plays

in Chinese Opera and the Loss of Ambiguity

Jonathan Locke Hart (Ph.D., University of Toronto, English; Ph.D, University of Cambridge, History) Fellow, Royal Society of Canada, is Chair Professor, School of Foreign Languages, Shanghai Jiao Tong University (SJTU); Director, Centre for Creative Writing and Literary Culture and Translation, SJTU; Core Faculty, Comparative Literature, Western University; Life Member, Clare Hall, University of Cambridge. He has written over 20 books and edited others and contributed book chapters (publishers include OUP, CUP, Champion, Palgrave Macmillan and Routledge). With Routledge, he published his first book in 1994 and had two edited collections appear in Routledge Revivals in 2014. A winner of many international awards, including two Fulbrights to Harvard and having served on national and international committees, including Fulbright and Killam, he has written over 100 articles and essays and has held visiting appointments at Harvard, Cambridge, Princeton, the Sorbonne-Nouvelle (Paris III), Leiden, UC Irvine, Peking, and elsewhere and has given classes, talks, readings and lectures internationally.