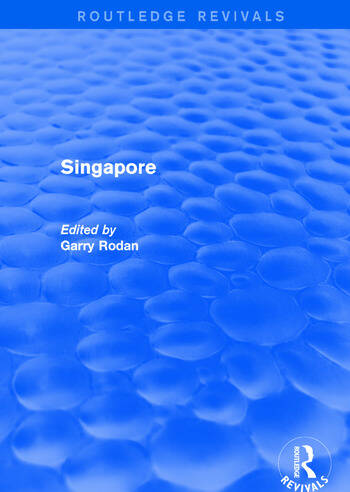 This title was first published in 2001. A collection of valuable, previously published essays analyzing the major social dynamics shaping the increasingly complex society, economy and polity of contemporary Singapore. Topics range from ideology and culture to the character of the state and its institutions and the possibilities for political reform.

’...an excellent collection on the developments in Singapore in the 1990s by local and overseas scholars.’ Singapore Daily