Smart Sensor Networks (WSNs) using AI has left a mark on the lives of all by aiding in various sectors such as manufacturing, education, healthcare, and monitoring of the environment and industries. This book covers recent AI applications and explores aspects of modern sensor technologies and the systems needed to operate them.

The book reviews the fundamental concepts of gathering, processing, and analysing different AI based models and methods. The book covers recent WSN techniques for the purpose of effective network management at par with the standards laid out by international organizations in related fields and focuses on both core concepts along with major applicational areas.

The book will be used by technical developers, academicians, data sciences, industrial professionals, researchers, and students interested in the latest innovations on problem-oriented processing techniques in sensor network using IoT and evolutionary computer applications for Industry 4.0.

Soumya Ranjan Nayak is an Assistant Professor at Amity School of Engineering and Technology, Amity University, Noida, India. He received his Ph.D. degree in Computer Science and Engineering under MHRD Govt. of India fellowship from CET, BPUT Rourkela, India; with preceded degree of M. Tech and B. Tech degree in Computer Science and Engineering. He has published over seventy articles in peer-reviewed journals and conferences of international repute like Elsevier, Springer, World Scientific, IOS Press, Taylor & Francis, Inderscience, IGI Global, etc.. Apart from that, 12 Book Chapter, 6 Books and three Indian patent (One granted), and two international Patents under his credit. His current research interests include medical image analysis and classification, machine learning, deep learning, pattern recognition, fractal graphics and computer vision. His publications have more than 400 citations, of h index of 12, and i10 index of 15 (Google Scholar). He serves as a reviewer of many peer-reviewed journals such as IEEE Journal of Biomedical and Health Informatics, Applied Mathematics and Computation, Journal of Applied Remote Sensing, Mathematical Problems in Engineering, International Journal of Light and Electron optics, Journal of Intelligent and Fuzzy Systems, Future Generation Computer Systems, Pattern Recognition Letters, etc. He has also served as Technical Program Committee Member of several conferences of international repute.

Biswa Mohan Sahoo is a Senior IEEE member and received his B.Tech and M.Tech degree in computer science and engineering from Biju Patnaik University of Technology, Odisha, India and PhD degree in computer science and engineering from Indian Institute of Technology (ISM), Dhanbad, India. He is currently working as an Assistant Professor at Amity University, Uttar Pradesh, India. He has published more than 15 articles in prestigious international peer review journals and conferences in the area of Wireless Sensor Networks, Swarm Intelligence and Image Processing. His currently focus on artificial intelligence approaches on sensor networks. His research interest area is wireless sensor network with Evolutionary Algorithm and Artificial intelligence.

is a researcher and academician working as an Associate Professor in the Centre for Research and Innovation Network (CURIN), Institute of Engineering and Technology, CHITKARA University, Punjab, India. He is Having 17+ years of experience it includes information technology industry, teaching and rich research experience. He has Received doctoral degree in computer science and engineering and awarded Senior Research Fellowship (SRF) under the funded project of Board of Research in Nuclear Sciences (BRNS), Government of India. He published more than 20 research articles indexed in SCI, SCIE and SCOPUS journals and conferences. He is an Editor and reviewer of reputed journals also edited 3 books in reputed publisher. He has Filed 4 patents in Intellectual property India and received one patent grant. His research interests are digital image processing, pattern recognition, quantum image processing and machine learning techniques.

has interests in Research, Consultancy, Working on new technologies, Projects. He has continuously worked for his College i.e College of Engineering & Technology since 1994. After doing his Ph.D in the year 2001, he has completed projects like Orissa Tourism Information Systems. One of his paper "On calculation of fractal dimension of images" is being cited by many researchers. His first book "Design of Information Systems: A Modern Approach" was widely published in China as well. He had worked in Function Point Metrics in association with Infosys Ltd. He has written a book L-systems Fractal published by Elsevier. He started introducing the concept of Web Engineering in India in 2006 after organizing the International Conference on Web Engineering & Applications (ICWA2006). In the social front, he coordinated the training program for SC & ST graduate engineers in the year 2008. He was on Sabbatical leave during 2008 to 2010 at King Khalid University, Abha, Saudi Arabia. He wrote a book on E-commerce published by Macmillan during that period which later on was purchased by Laxmi Publisher. Currently he is head of the Dept of Computer Science & Application in CET. His current research initiatives are in the area of Data Analytics, Engineering the Mobile Apps and Ontology Engineering. 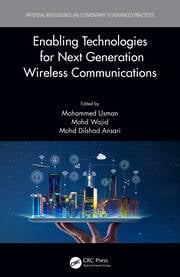 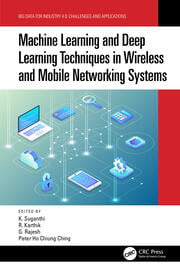