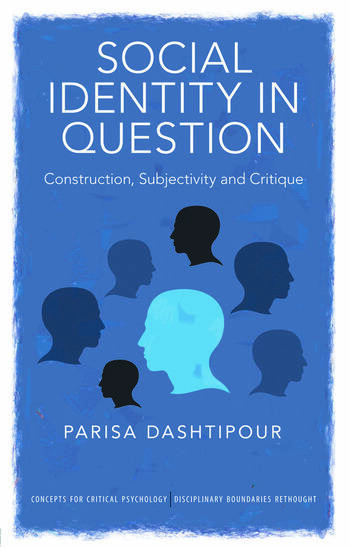 Social identity theory is one of the most influential approaches to identity, group processes, intergroup relations and social change. This book draws on Lacanian psychoanalysis and Lacanian social theorists to investigate and rework the predominant concepts in the social identity framework.

Social Identity in Question begins by reviewing the ways in which the social identity tradition has previously been critiqued by social psychologists who view human relations as conditioned by historical context, culture and language. The author offers an alternative perspective, based upon psychoanalytic notions of subjectivity. The chapters go on to develop these discussions, and they cover topics such as:

Each chapter seeks to disrupt the image of the subject as rational and unitary, and to question whether human relations are predictable. It is a book which will be of great interest to lecturers, researchers, and students in critical psychology, social psychology, social sciences and cultural studies.

1. Introduction. 2. The social identity tradition and its critics. 3. The category, not the self. 4. What ever happened to ‘"hot" aspects of the group’? 5. Another story of the minimal group paradigm. 6. Social change or socio-symbolic symptom? 7. Gringo: a case study. 8. Conclusions. References.

Parisa Dashtipour currently teaches in the School of Social Sciences at Cardiff University.

"A sophisticated and first-class account of the social identity framework ... should be considered of interest by students and scholars in psychology." - Alexander John Bridger, University of Huddersfield, UK, in The Psychologist

"Social Identity in Question is an outstanding first book by a highly accomplished critical social psychologist. It is theoretically and analytically astute and (psycho)politically relevant to contemporary European discourses on immigration and on racism and anti-racism. It also offers an unusually sophisticated example of how psychoanalysis can offer a critical revision of social psychological theory, with powerful social and political consequences." - Stephen Frosh, Professor of Psychology, Birkbeck College, University of London, UK

"This book offers a fascinating ‘across the grain’ reading that connects and overlays traditional social psychological ideas and psychoanalysis in a way that is both critical and productive. The author demonstrates an acute critical eye in showing up points of consideration – affect, desiring subjectivity, personal libidinal investments – that key social psychological traditions have neglected. The text colourfully brings to life a new critical trajectory in the social psychological analysis of discourse and affect, and it does not shy away from studying "how resistance itself may generate counter-productive fixities of identity." - Derek Hook, Lecturer in Psychosocial Studies, Birkbeck College, UK

"This book takes on a very fascinating intersection – the relationship of social identity theory and Lacanian psychoanalysis. The book demonstrates the critical ambitions of social identity theory and self categorization theory, rather than keeping it within the confines of an exemplary experimental tradition. The result is an important contribution to critical social psychology that is pioneering, yet accessible to those in social psychology willing to give a psychoanalytic perspective the attention it deserves." - Kareen Malone, Professor of Psychology, University Of West Georgia, USA

"The book is both ambitious and radical in bringing together and overlaying two seemingly disparate perspective. This is even more impressive when considering the overall economy with which Dashtipour communicates her message; the book is relatively slight at 127 pages (excluding biography), and is executed in a punchy, concise and readable way. As a research in the social identity tradition, I see this brevity as a benefit. It effectively served well as a primer to introduce unfamiliar Lacanian ideas without being too overwhelming." - Neil Wilson, Social Psychological Review (Vol. 15, No. 1)